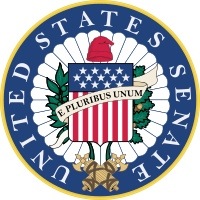 By:Lisa Keen/Keen News Service—
The U.S. Senate today rejected an amendment to dramatically expand the number of employers who could claim a religious exemption to the Employment Non-Discrimination Act (ENDA). The amendment, introduced by Senator Pat Toomey (R-Penn.), needed 60 votes to pass. The vote was 43 to 55.

The Senate then voted 64 to 34 to approve a procedural motion to close debate on ENDA. That sets up this afternoon’s final vote on ENDA, scheduled for 1:45 p.m.

If, as expected, ENDA passes, it will represent the first time in the bill has passed the Senate in its 19-year history. The Senate missed passing ENDA in 1996 by a vote of 49 to 50, with one senator out of town on an emergency.

ENDA seeks to prohibit employers from taking adverse employment actions against employees or job applicants based on “sexual orientation” and “gender identity.” Section 6 of the original bill stated, “This Act shall not apply to a corporation, association, educational institution or institution of learning, or society that is exempt from the religious discrimination provisions of title VII of the Civil Rights Act of 1964.” On Wednesday, the Senate approved, by voice vote, an amendment from six Republican senators led by Senator Rob Portman (R-Ohio) to ban state and local governments from “retaliating against religious groups that take action only permissible because of the religious exemption clause” in ENDA. It was approved by voice vote Wednesday morning. While LGBT groups were not enthusiastic about the Portman amendment, they didn’t oppose it.

But nearly every LGBT group and supporter opposed the Toomey Amendment. It sought to expand the exemption to include entities “managed by a church or religious organization, officially affiliated with a particular religion, or [that] teach a curriculum directed toward propagating a particular religion.” It would also apply to organizations with “both religious and secular functions.”

Speaking on behalf of his amendment Thursday morning, Toomey said ENDA “makes a strong stand” for equality. But he said religious freedom is also an important value. He said he thinks his amendment “strikes an appropriate balance.” He said he was concerned the courts have not been consistent in recognizing which religious institutions should enjoy the religious exemptions that currently exist in the Civil Rights Act. ENDA amends the Civil Rights Act to include “sexual orientation” and “gender identity.”

Senator Tom Harkin (D-Iowa) spoke in opposition to Toomey’s amendment, saying that changing the existing language of the Civil Rights Act will call into question language that employers are already familiar with and know how to comply with. He said the Toomey amendment “officially affiliated with a particular religion” to discriminate.

“This is a new term that is undefined in the text of the amendment and could lead to thousands of pro-profit businesses being allowed to discriminate,” said Harkin. He said an employer might be considered “affiliated” simply by receiving a newsletter from a religious group. “It threatens to gut the fundamental purpose of ENDA,” said Harkin.

The rejection of the Toomey Amendment bodes well for the historic passage of ENDA this afternoon. Although key Republican ENDA supporters voted for the Toomey amendment (Ayotte, Hatch, Heller McCain, Portman), they, and Toomey, voted for cloture. Overall, ENDA supporters clearly hope for a robust vote in support of the underlying bill. So, too, does the fact that not one senator has, over the course of the past four days of allotted debate time, spoken in opposition to ENDA.

Senator Jeff Flake (R-Ariz.) did express concern about the addition of language to protect people on the basis of gender identity. Flake indicated he had prepared an amendment that did not make it to the floor, but suggested that his concerns were addressed.

“When I voted for ENDA in the House in 2007, it did not contain the provisions with regard to gender identity,” said Flake. “Those added provisions have concerned me in terms of potential costs of litigation or compliance. I still have concerns, and I hope that as we work through the process and this bill moves onto the House that we can find ways to make sure that employers can implement these provisions in a way that is reasonable and proper.” He thanked Senator Tammy Baldwin (D-Wisc.) for working with his office on “these issues.”

“I have a better appreciation for what needs to be done and what we can do with this legislation as it moves through the process,” said Flake.

“I wish that every senator could stand with us and vote for fairness and opportunity,” said Baldwin yesterday, with a grin. “While we might not meet that high mark, I do hope it’s a very strong vote. Passing this bill with a strong majority, will show America that the United States Senate believes in a future that is more equal, not less, for all Americans.”

“I do hope and expect a bipartisan vote –a good one— to extend safeguards against workplace harassment and discrimination to every American,” said Senate Majority Leader Harry Reid, during morning remarks.

“We are about to have a moment in history here,” said Senator Barbara Boxer (D-Calif.), “where we’re going to expand protections to the LGBT community, expand protections for them, so no longer will they face fear in the workplace. And if we have an overwhelming vote, which I hope we will, I think it will send a message to Speaker Boehner that he should join with us.”

House Speaker John Boehner has repeatedly said he would not bring ENDA to the floor for a vote in the House, saying he does not believe the legislation is necessary and that it would lead to frivolous lawsuits.

Roll call votes are posted on the Senate website approximately one hour after they are taken.