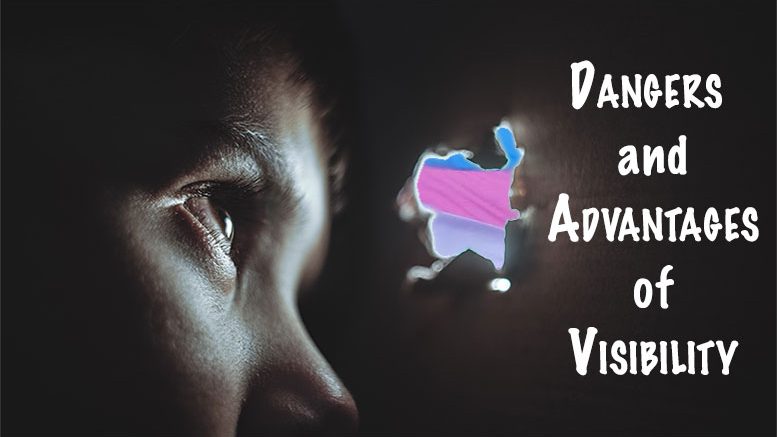 By: Chris Gilmore/Special to TRT—

As the year came to an end and the New Year began, many people of the LGBTQ+ community were celebrating and looking ahead to a fresh start while others were relieved that the family isolation inherent to the season was over. For one family in McAlester, Oklahoma, the first of the year brought despair and murder, according to police reports at the scene of the crime.

Dustin James Parker, a 25-year-old Trans man—a founding member of the McAlester chapter of Oklahomans for Equality, an LGBTQ rights group—who worked for a taxicab company was fatally shot on New Year’s Day. The company, Rover Taxi, was providing free rides to help people get home safely after celebrating on New Year’s Eve. As the responding police officer, Capt. Kevin Hearod, told Tulsa World online, he “found a Rover electric taxi that had been hit by gunfire multiple times.”

Visibility and the risks inherent to it

Parker was visible and outspoken about his activism and rights for LGBTQ+ people and other marginalized groups. Such visibility, others say, can bring unwanted and dangerous situations, as was the case for one Vancouver trans woman earlier this month. Julian Briggs, according to Vancouver 1130 News, told the news channel that “a man exposed himself and masturbated in front of her in broad daylight on Jan. 2.” She said she feared being targeted because of her gender presentation. 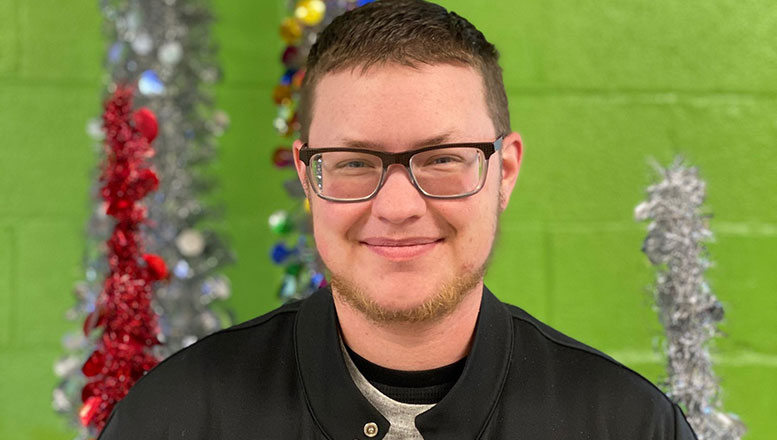 Dustin James Parker is the first transgender person to be murdered this year; an epidemic that continues to ravage this marginalized community; Photo: Brian West

Briggs told the news outlet “she feels violated, taken advantage of, and is on high alert in public now.”

Last year, around the time of the Trans Day of Visibility, Miss Major Griffin-Gracy, a Stonewall veteran and an activist for trans women of color, explained how visibility could be a double-edged sword for members of the community—especially trans women of color.

“I really don’t understand why we need a Day of Visibility since for most of us, especially us black girls, we are as visible as we need to be,” said Miss Major via social media. “Our visibility is getting us killed. So, it’s not that we [trans people] need to be visible. I think the people who care about us, who are involved in our lives, and who know us; they’re the people who need to become more visible. They need to acknowledge that we exist, claim and show that they support us, and the best way to do that is [to] talk about us in a positive light on our day of visibility.”

The American Medical Association recently deemed trans murders an epidemic. With anti-transgender violence being at an all-time high as reported by HRC’s Anti-Transgender Violence Report, A National Epidemic: Fatal Anti-Transgender Violence in America in 2019, “anti-transgender stigma and systemic discrimination heighten the vulnerability of transgender and gender non-conforming people from an early age,” according to the study. The same analysis reported that 91 percent of trans murders were those of trans women of color and 81 percent of them were inflicted upon people under the age of 30.

There is a very fine line between being visible and safe, said to Army Corporal Laila Ireland, now medically retired after 12 years of service in the U.S. military.

“I absolutely believe that being visible as a trans, GNC, NB person does hinder one’s safety—in all aspects,” said Ireland, who is also featured in the documentary TransMilitary about the current state of affairs for trans service members in the military and the openly anti-trans Trump administration. “The paradox of trans visibility is this: we want to be equally visible, but it’s hard to be equally safe.”

For national trans organizer, activist, author and inclusion specialist Hope Giselle, being visible can be daunting too. For trans people of color, as statistics show, visibility can be more perilous.

“If I’m honest, there were times where I was terrified. I have such a vibrant voice, to say the least, and not a lot of folks agree with that,” she said. “Social media makes me a sitting duck for bigoted behavior, but I wouldn’t trade it for the world. I believe that I am not just an advocate, but also an activist.”

Ireland agrees and adds that she believes that at this historical time in the world she must overcome the fears—a small price to pay for the work and education that is needed.

“There have been moments when I have feared for my safety because of my visibility, not just as an activist and advocate as a trans woman, but even just as simply a being a trans woman of color,” Ireland added. “I recognize that my black trans sisters have a much greater threat to their existence. Being an advocate and activist in this movement in time and generation requires me to look fear in the face and charge head-on with what I believe in fighting for. In many instances for me, remembering the cause of my drive has helped transform that fear into power and positivity moving forward.”

Advocacy and activism, although helpful in different ways, aren’t the same, Hope Giselle explained. Most importantly, she clarified, if activism made her a casualty, she is “ok with that” too, all for the amelioration of trans kind.

“The difference between those two is that advocates tend to use that words and their words only; they use resources and figure out ways to connect folks to get the change that we need accomplished,” said Hope Giselle, a black woman of trans experience. “Activists, on the other hand, stand up and get in the game. … I’ve never liked sitting on the sidelines while people are watching things happen and only allowing a small percentage of us to actually engage in doing the work and if that means that at some point I’ll face a traumatic experience or even die, I am OK with that, especially if it means freedom for the generations of folks behind me who didn’t get to experience the joys of being themselves in the way that I do.

“Being visible has its restrictions, being trans has its restrictions, and doing both of them together while simultaneously being black, feels like being hung by a noose and stoned at the same time on most days, but I don’t let that stop me from trying to prevent that feeling from being the reality and truth of those coming behind me.”

And yet, the Stonewall heroes set the pace for what is known as the trans riots that propelled the trans activism that is seen today.

“I am not visible, but I educate on the sidelines,” said Garrison, a trans man of color who requested anonymity. “The new generation with the Internet, the ease of spreading the word to meet and rally is something that we didn’t have, yet we still demonstrated. When I opt not to be visible, I merely work behind the scenes to make things happen from my end too. It’s equally important and it’s fundamentally needed. One cannot exist without the other.

“So, people like me historically set the tone, paved the way and taught as history shows that we stood and fought and are still fighting today, even if not on the frontlines. That’s not invisibility, that’s choosing safety over becoming part of the statistics. Many of us, elders, have experienced verbal harassment and physical violence against us already. No one should be shamed for not parading around waving the trans flag. Everyone is visible in their own way. Simply existing as trans is visibility.”

Educating others who don’t know anything about trans individuals is crucial and a way to eradicate anti-trans bias rooted in ignorance. Although not everyone needs to be visible, being trans is synonymous with living life with authenticity, according to Tre’Andre Valentine, Executive Director, Massachusetts Transgender Political Coalition.

The experience of trans visibility varies, according to Hope Giselle, but overall the invisibility is more damaging in itself.

“Visibility has always been an issue for TGNC folk,” she said. “However, the lack of visibility has been a lot more detrimental to our livelihood, mental states, and emotional beings. While it’s scary to be open, what’s even more detrimental is the harm that we’ve been proven to do to ourselves if we lived in solitary confinement. The truth of the matter is we cannot change the world overnight or the societal norms that it follows, but I don’t think that retreating back to the shadows, back alleys, and underground way of living, like the generations before us lived, is going to save us especially not with such vibrant youth coming up behind us.”

Trans safety and equality is dependent on activism and education. Understanding the complexities revolving around intimate relationships for trans people—which have often turned fatal for many—is critical to safety, especially that of trans women of color.

Transgender murders continue to increase and current statistics do not come close to revealing the actual number of trans murders because “data collection is often incomplete or unreliable when it comes to violent and fatal crimes against transgender and gender-nonconforming people.” Parker’s murder, also according to the Human Rights Campaign (HRC), is currently considered the “first violent death of a transgender or gender non-conforming person in 2020.”

“Some victims’ deaths may go unreported, while others may not be identified as transgender or gender non-conforming in the media, often because authorities, journalists and/or family members refuse to acknowledge their gender correctly,” according to the same HRC report.

HRC said that it would continue, “to hold the Trump-Pence administration and all elected officials who fuel the flames of hate accountable at the ballot box.”

“Boston Pride is outraged at the murder of Dustin James Parker, a transgender activist as we are outraged by all of the recent murders of transgender individuals,” she said. “We are very saddened by his tragic loss as he fought for equality and inclusion for the transgender community. As Boston Pride prepares to commemorate our 50th anniversary this year, we know that the struggles for our community continue, especially for transgender individuals and trans people of color. That is why we will keep fighting for equality, diversity, and inclusion for all.”

Parker leaves behind a wife, four children and a legacy of activism. Police are still investigating the crime. A campaign to raise funds for his family by Rover Taxi manager Brian West can be found here.