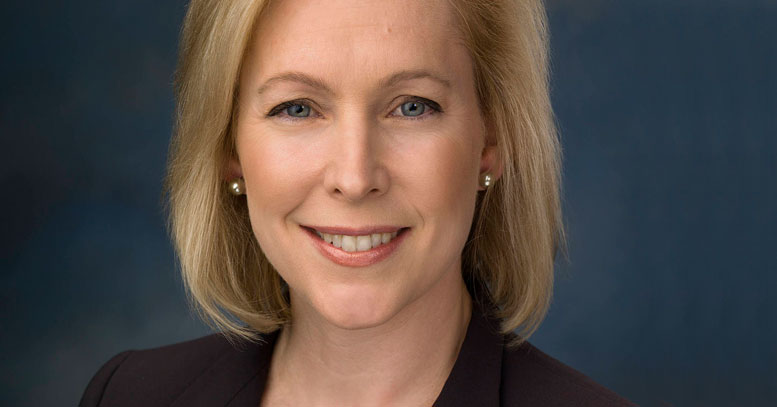 Both the House and the Senate today introduced groundbreaking bills that will allow transgender people to serve in the military.

The bill was introduced by Sen. Kirsten Gillibrand (D-N.Y.), Senate Armed Services Committee ranking member Jack Reed (D-R.I.), and Senator Susan Collins, (R-Maine). The bill would prohibit the Defense Department from discharging transgender troops or denying them re-enlistment based on their gender identity.

“President Trump’s ban on transgender service members is discrimination, it undermines our military readiness, and it is an insult to the brave and patriotic transgender Americans who choose to serve in our military,” Gillibrand, an Armed Service Committee member, said in a statement. “We should end this discriminatory ban for good and ensure our transgender service members can continue to do their jobs, serve with dignity, and protect our country.”

The bill also states that “gender identity alone cannot be the basis of denying an individual enlistment or commission in the military,” according to Military.com.

“The bills introduced today affirm that anyone who meets military standards should be able to serve their country. We appreciate that leaders in Congress are stepping in to protect our troops and work for a solution at the same time our legal fight for the rights of transgender service members continues,” said Jennifer Levi, GLAD’s Transgender Rights Project director.

“We applaud Congress for recognizing that all service members deserve our nation’s gratitude and respect,” said Shannon Minter, legal director at NCLR. “These bills echo what multiple courts have already recognized – the ban on transgender troops is based on discrimination, not facts.”

The ban currently remains blocked while injunctions issued by the district court in Doe v. Trump and by a Maryland district court remain in place. On January 22, the U.S. Supreme Court lifted the injunctions in two other cases, while also rejecting the Trump administration’s request that it hear legal challenges to Trump’s transgender military ban this term.