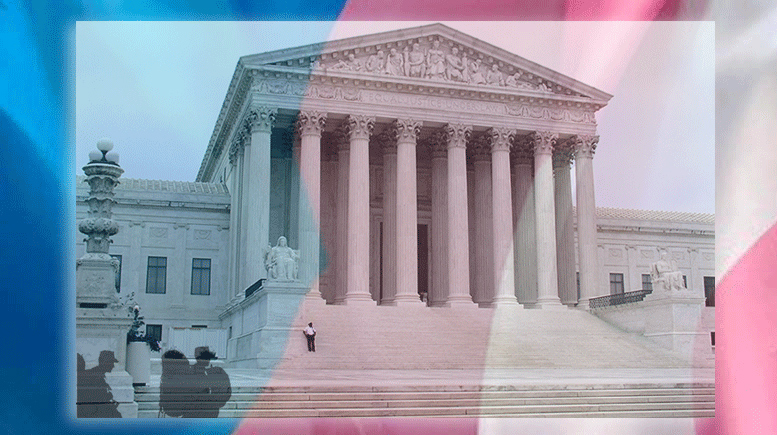 “The Trump administration has demonstrated no urgency that would justify leapfrogging the normal appellate process, and the military’s own account shows no problems that need to be addressed,” said NCLR Legal Director Shannon Minter

GLBTQ Legal Advocates & Defenders (GLAD) and the National Center for Lesbian Rights (NCLR) represent plaintiffs in both Doe and Stockman and were the first to challenge the ban. The plaintiffs in these cases argue that Supreme Court review is premature and that the administration has shown no urgency to justify bypassing the normal appeals process.

“The Trump administration’s relentless attacks on transgender troops, including those who are currently deployed overseas, are appalling and legally baseless.” said Shannon Minter, NCLR Legal Director.“ The Trump administration has demonstrated no urgency that would justify leapfrogging the normal appellate process, and the military’s own account shows no problems that need to be addressed. By the military’s own account, inclusion of transgender servicemembers makes our military stronger.”

“The Trump administration is trying to do an end run around the normal review process in order to implement a cruel and baseless ban that destabilizes and weakens our military,” said GLAD Transgender Rights Project Director Jennifer Levi. “At this moment when it is more important than ever to maintain the strength of core American institutions, it is vital that the Supreme Court maintain the integrity of the judicial process and deny the government’s request.”

“Around the world, thousands of brave transgender service members are away from their families during the holiday season, serving our country with honor,” said Rick Zbur, Executive Director of Equality California, which brought the Stockman case on behalf its members. “But instead of thanking them for their service, President Trump is begging the Supreme Court to let his Administration discriminate against them. It’s indefensible.”

In all four cases challenging the transgender military ban, federal courts have halted enforcement of the ban while the cases proceed. The government has contested those orders, which are now being reviewed by two federal courts of appeal. The D.C. Circuit Court of Appeals heard arguments December 10 in Doe and the Ninth Circuit heard arguments in October in Karnoski.  The appeal in Stockman is on hold pending a decision in Karnoski.

For more information, go to NCLR and GLAD’s website outlining the history and status of the Trump-Pence transgender military ban at https://notransmilitaryban.org/.

NCLR and GLAD have been at the center of the legal fight challenging the Trump-Pence transgender military ban since filing Doe v. Trump, the first of the four cases filed against the ban, on August 9, 2017.

The National Center for Lesbian Rights (NCLR) was the first national LGBTQ legal organization founded by women and brings a fierce, longstanding commitment to racial and economic justice and our community’s most vulnerable. Since 1977, we have been at the forefront of advancing the civil and human rights of LGBTQ people and their families through impact litigation, public policy, and public education. Decades ago, NCLR launched the first LGBTQ Immigration Project, Transgender Rights Project, Youth Project, Elder Law Project, and began working to end conversion therapy through what is now our Born Perfect campaign.

Equality California is the nation’s largest statewide LGBTQ civil rights organization. We bring the voices of LGBTQ people and allies to institutions of power in California and across the United States, striving to create a world that is healthy, just, and fully equal for all LGBTQ people. We advance civil rights and social justice by inspiring, advocating and mobilizing through an inclusive movement that works tirelessly on behalf of those we serve.