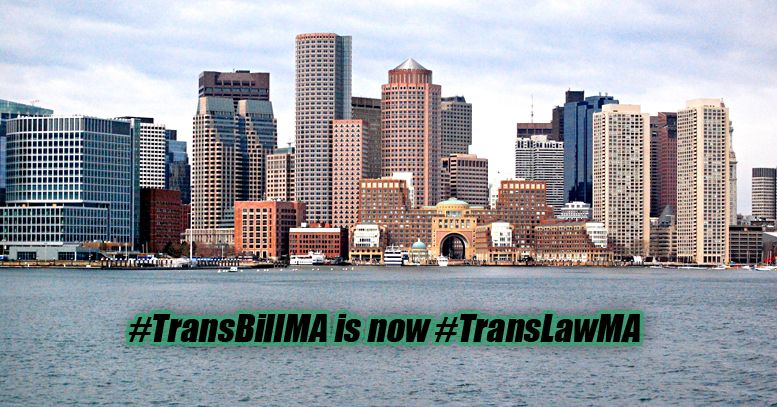 BOSTON—Today full protections for transgender people in public places becomes statewide law in Massachusetts. The law passed overwhelmingly with a bipartisan supermajority in the legislature earlier this year and was endorsed by Governor Charlie Baker, who signed it in July.

This law makes Massachusetts the 18th state in the U.S. to ensure protections for transgender people in public places.

“For me, as a transgender man living and working in Massachusetts every day, this law has a deeply personal impact on me and my loved ones,” said Mason Dunn, co-chair of Freedom Massachusetts. “For the first time in the history of our Commonwealth, I can leave my house knowing that I will be treated equally under the law, without fear of discrimination. This is a shining moment in Massachusetts’ history and legacy as an inclusive, welcoming place for all.”

The implementation of this law is the culmination of a decade-long fight that united lead businesses, New England’s championship sports teams, hundreds of faith leaders across diverse traditions, iconic universities, and an unprecedented grassroots movement—all singularly committed to making Massachusetts a fairer and more equal place to live, work, and do business.

The transgender protections law passed with endorsements from more than 250 businesses, 350 clergy and congregations, 11 labor unions representing 750,000 families, leading law enforcement organizations, dozens of women’s groups and advocates against violence and sexual assault, all of New England’s championship sports teams, and bipartisan leadership around the state.

Transgender Bay Staters, who were at the forefront of the fight for their equal protections, are celebrating today. A 2014 report found that 65% of surveyed transgender people reported experiencing discrimination at a business or other public place.

For these brave and resilient residents—who shared their stories countless times even when it meant risking harassment and discrimination—#TransLawMA means they are freer, safer, and more equal.

[From a News Release and Information from Freedom MA]