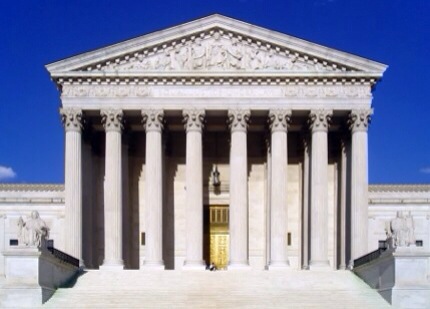 By: Lisa Keen/Keen News Service—
The full U.S. Supreme Court has granted Utah a stay on a district court decision that has allowed same-sex couples to marry there since December 20.

The court issued its stay this morning, apparently after Justice Sonia Sotomayor referred the matter to the full court. Sotomayor is the justice designated to administer requests for emergency stays for the Tenth Circuit U.S. Court of Appeals, but had the option to ask the full court to weigh in on the request.

It takes at least five justices to grant such a stay. The order issued today does not indicate that any justice was in dissent. It states simply that the stay is granted and that the December 20 order by U.S. District Court that prohibited Utah from enforcing its ban is “stayed pending final disposition” of the appeal of that decision to the Tenth Circuit. Given the Tenth Circuit’s briefing schedule for the appeal, that means the ban will be in force for at least three months and likely longer, given anticipated appeals of whatever the Tenth Circuit decides.

Tomsic and James Magleby, with the private law firm of Magleby & Greenwood which is representing same-sex couples in the case, issued a statement following the Supreme Court’s announcement, noting that it is “not unusual” for the court to stay a decision declaring a state law unconstitutional pending appeal and has “no bearing on who will win on appeal.”

“No one should draw any negative inferences about where the Court is leaning. This is an unprecedented situation,” said Shannon Minter, legal director for the National Center for Lesbian Rights, which has several marriage equality lawsuits pending now, too. “Never before has a federal court struck down a state marriage law and then declined to stay it, and never before has a Court of Appeals also declined to issue a stay. For those reasons, the chances that the Supreme Court would issue a stay until the appeal is resolved were always quite high, so the real news here is that so many marriages were able to take place. And it is significant that the Court did not rush to act. There is nothing unusual about the issuance of a stay when a federal court strikes down a state law on federal grounds. “Bottom line,” said Minter, “[is] the prospects for this case still look very bright. And there will never be any going back in Utah.”

The challenge to Utah’s ban (the state constitutional Amendment 3 and related statutes), Kitchen v. Herbert, now proceeds as Herbert v. Kitchen on an expedited schedule before the Tenth Circuit U.S. Court of Appeals. The next briefing date, according to attorney Peggy Tomsic who is part of the team representing same-sex couples, is January 27. The last brief due before oral argument is February 25. The court date has not yet been announced but the next argument session after that deadline is March 17-21.

The Deseret News reports that more than 900 same-sex couples married since December 20, when District Judge Robert Shelby, an Obama appointee, issued a 53-page opinion, striking down Utah’s ban violates the U.S. Constitutional guarantees of equal protection and due process. Shelby immediately enjoined the state from enforcing its ban, then denied the state’s request for a stay of his decision pending appeal. The state took its request for an emergency stay to the Tenth Circuit, where it also filed an appeal of Shelby’s decision. Two judges of the Tenth Circuit — one an appointee of President George W. Bush, the other an appointee of President Obama — denied the request for a stay on December 24 but put the appeal on an expedited schedule.

“This stay is obviously disappointing for the families in Utah who need the protection of marriage and now have to wait to get married until the appeal is over,” said plaintiffs’ attorney Magleby. “Every day that goes by, same-sex couples and their children are being harmed by not being able to marry and be treated equally.”