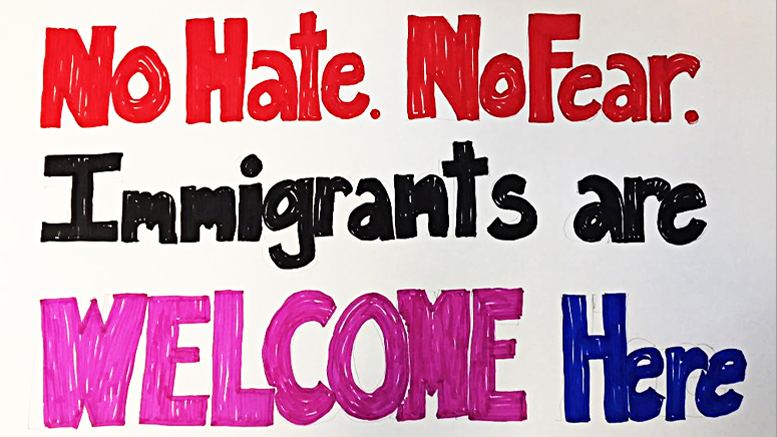 Immigrant protections at risk in MA

It should come as no surprise to anyone that the immigrant community is under attack and siege by the current presidential administration. Children are being ripped away from their parents and those who have sought refuge in the United States have been arrested at the border when they’ve come openly seeking assistance. The direction that this country is heading in is terrifying as the once proud democracy feels more like a tyranny. But, it doesn’t have to be that way in Massachusetts. We have a unique opportunity to create effective change and protect immigrant families, residents, and valued contributors to our commonwealth. We are called to a greater task of upholding the rights the most marginalized among us. If Massachusetts doesn’t do it, what does that say about us? Will we still be considered the civil rights advocates and defenders of the country or will we succumb to the status quo, while placing thousands of lives in jeopardy?

There is an extraordinarily urgent call to help immigrant families in the commonwealth and it must be done this week, as a critical deadline looms. LGBTQ immigrants, amongst others, come to this country in an attempt to survive situations otherwise impossible to overcome, often riddled by extreme poverty, violence, lack of resources to sustain their families or even punished by death for being a member of our queer community.

We have this one opportunity to pass key protections in the final FY19 MA State Budget Bill (included in the Senate version – Amendment 1147). Please call your state legislators, Chair House Ways & Means Jeffrey Sanchez, Speaker DeLeo and Governor Baker and tell them to include protections for immigrants in the final budget and pass them now. Some of you know exactly what to do to help. For others, please see below for info on whom to call and what to say.

We only have a week or so remaining in the State Budget Bill negotiations. While this amendment will not fix federal immigration laws and the policies of this president’s administration, we do have the power to ensure key basic protections for immigrants and make it safer for all residents in the Commonwealth.

The FY19 Budget Bill is now in Joint Conference Committee (Ways & Means) and they will decide what elements from House & Senate versions are included in the final budget bill.

Governor Baker has declined meetings with Reps who have requested to discuss this amendment. He has also declined meetings with constituents. In press interviews, he has stated concern with lack of specificity in dealing with violent criminals, yet it has no restrictions in doing so. In fact, it should be noted the Major MA Cities Chiefs of Police endorsed the Safe Communities Act – this amendment only has a portion of its provisions.

To find your state legislators and their contact information go to https://malegislature.gov/Search/FindMyLegislator Immigrants and immigrant families count on you, on us.