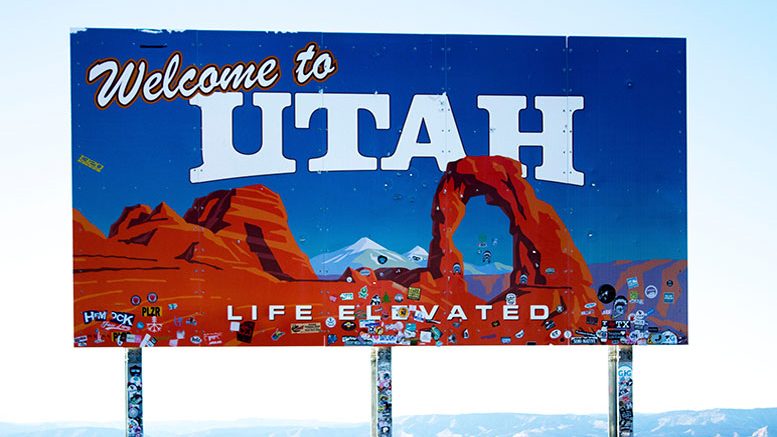 Utah protects LGBTQ Youth — “As I know firsthand, being subjected to conversion therapy is a devastating and traumatizing experience for young people and their families.”

Earlier this year, the Utah Legislature narrowly failed to pass House Bill 399, which would have barred licensed therapists from subjecting minors to conversion therapy. The bill was sponsored by Representative Craig Hall, a Republican from West Valley City and enjoyed strong bipartisan support, including endorsements by Governor George Herbert and the Utah Department of Social Services. However, hostile lawmakers derailed the bill at the last minute by offering a substitute bill that would have gutted its protections, dashing hopes for passage in the regular session this year.

This resolution, by the Salt Lake County Council, notes that “conversion therapy has been associated with high rates of depression and suicidality among minors” and “urges the Utah State Legislature and the Governor of Utah to adopt a statute that protects minors from conversion therapy by prohibiting licensed mental health therapists from subjecting minors to these harmful and discredited practices.”

To date, 18 states and the District of Columbia and more than 50 localities have protected minors from conversion therapy.   Many of these laws were signed by Republican governors and passed with the support of Republican lawmakers.

“We applaud the Salt Lake County Council for standing up for conversion therapy survivors and letting LGBTQ youth know that they are valued,” said Mathew Shurka, Conversion Therapy survivor and Born-Perfect Co-Founder. “As I know firsthand, being subjected to conversion therapy is a devastating and traumatizing experience for young people and their families.  Utah came close to putting a stop to this life-threatening practice earlier this year, and today’s action by the Salt Lake County Council sends a powerful message to Utah lawmakers to finish the job.”

And nationally, other organization leaders expressed the importance of joint work across the board.

“Lawmakers across the country are working together across partisan lines to protect LGBTQ youth from this dangerous practice, which has been universally rejected by our nation’s leading medical and mental health organizations,” said Shannon Minter, Legal Director of the NCLR (National Center for Lesbian Rights). “LGBTQ youth are already at a heightened risk of depression and suicide attempts due to the discrimination they face.  Conversion therapy multiplies those risks exponentially.  We are grateful to Salt Lake County for its leadership and for demonstrating that, regardless of their political differences, lawmakers have a shared interest in promoting the health and wellbeing of all youth.”