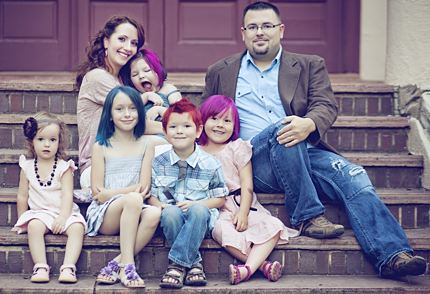 DENVER, Col.—The Transgender Legal Defense & Education Fund (TLDEF) will hold a press conference on Monday, June 24, on the west steps of the Colorado State Capitol Building to announce that the Colorado Civil Rights Division has ruled in favor of six-year-old Coy Mathis, whose school had barred her from using the girls’ bathroom at her elementary school because she is transgender. This is the first ruling in the nation holding that transgender students must be allowed to use bathrooms that match who they are, and the most comprehensive ruling ever supporting the rights of transgender people to access bathrooms without harassment or discrimination.

Coy was labeled male at birth, but has always known that she is a girl, which she has expressed since she was 18 months old. Since kindergarten, Coy had worn girls’ clothing to school. Her classmates and teachers used female pronouns to refer to her, and she used the girls’ bathrooms, just like any other girl in her school. In mid-December 2012, the Fountain-Fort Carson School District 8 informed Coy’s parents that Coy would be prevented from using the girls’ bathrooms after winter break. The District ordered Coy to use the boys’ bathroom, a staff bathroom, or the nurse’s bathroom. [pullquote]“This ruling sends a loud and clear message that transgender students may not be targeted for discrimination and that they must be treated equally in school,” said TLDEF’s executive director Michael Silverman.[/pullquote]

Coy’s parents removed her from school and filed a Complaint with the Colorado Civil Rights Division on Coy’s behalf in February, 2013.

WHY: “Schools should not discriminate against their students, and we are thrilled that Coy can return to school and put this behind her,” said Kathryn Mathis, Coy’s mother. “All we ever wanted was for Coy’s school to treat her the same as other little girls. We are extremely happy that she now will be treated equally.”

“This ruling sends a loud and clear message that transgender students may not be targeted for discrimination and that they must be treated equally in school,” said TLDEF’s executive director Michael Silverman. “It is a victory for Coy and a triumph for fairness.”