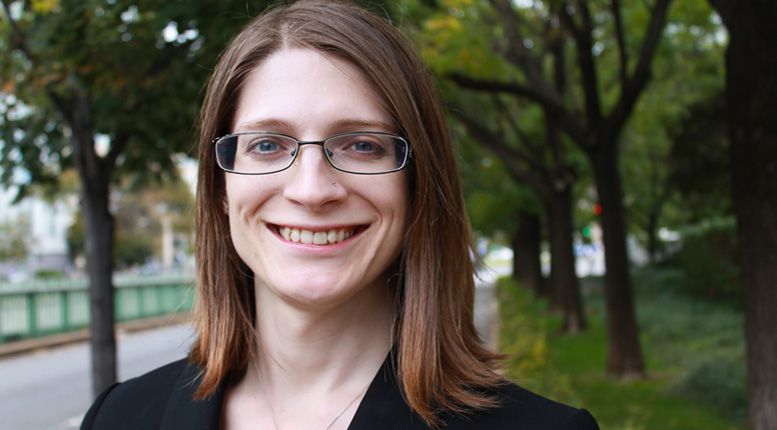 Ciara McElveen. Keke Collier. Brenda Bostick. Chay Reed. They are just a few of the transgender women of color murdered in the U.S. thus far in 2017. According to the National Coalition of Anti-Violence Programs (NCAVP), the number of violent crimes reported against this population is on track to surpass 2016—already a record year in its own right.

NCAVP documented murders of 23 transgender and gender nonconforming people in 2016, the highest number ever recorded. To an outsider, that might seem shocking but to members of the trans community and their advocates, it’s nothing new.

The question that remains for the community is whether the increased in violence is a result of more crimes, or better reporting of those crimes as law enforcement becomes better about collecting information related to gender identity and the media keeps a closer eye on these crimes.

“We’ve known for a long time that there are uncontainable levels of violence facing transgender people and especially transgender people of color,” said Harper Jean Tobin, director of policy for the National Center for Transgender Equality (NCTE). “It’s difficult to say whether and how it’s increasing because the federal and state governments don’t collect consistent information about us.”

Accurate and consistent reporting of violence against trans people can often be complicated.

One reason for that is because federal, state, and local law enforcement agencies depend on each other to collect and share information. No one wants to have a reputation as a place where crimes against transgender people occur, so that information is often left out unless it is picked up independently by media outlets or watchdog organizations like NCAVP or the Southern Poverty Law Center (SPLC).

“The FBI has said for years that hate crime data is notoriously unreliable because federal government numbers depend on what local governments report to them,” Tobin said. “There are some jurisdictions that don’t report any of these incidents, which is highly improbable especially in cities.”

Closer to home, Mason Dunn, executive director of the Massachusetts Transgender Political Coalition (MTPC), said he was not surprised to hear that violent crimes against members of the transgender community are on the rise.

“For many people outside the trans community it might be a wake up call, but so many of our community members know this as a continuing reality,” Dunn said. “This violence has always existed and will continue to exist until we really address issues of racism and sexism and transphobia.”

Addressing those issues, however, can be easier said than done. Janson Wu, executive director of GLBTQ Legal Advocates & Defenders (GLAD) said change comes in the form of standing up when you see someone being harassed and countering hurtful words with positive ones.

“People can voice affirmative statements of love and support for members of the trans community, especially trans women of color,” Wu said. “Trying to refute someone isn’t the most effective way to change their mind … rather it’s building on shared values of fairness and treating people the way you would want to be treated.”

Wu said GLAD advises people facing hateful situations to ask whether those making the comments have ever been in a situation where they felt like they were ostracized or targeted for who they were—something that most people have experienced at one time or another.

That gives you and opening to talk about trans people in your life who have told you that they’ve felt targeted because of who they are,” Wu said. “That’s how you build bridges between people’s individual experiences.”

Beyond those individual conversations, Tobin said NCTE works with officials at federal, state and local levels to advocate on behalf of the transgender community and encourage policies that are inclusive rather than oppressive.

Such efforts garnered support in the Obama administration, but have been met with resistance in the current political climate as protections for transgender people are challenged at the state and federal level.

“The government has to speak out against this violence and let the public know that it’s not a normal or ok thing to have happen,” Tobin said. “Under the previous administration, officials at all levels called this out as a problem that was serious, widespread and grave. We do not see that in [this] current administration. The absence of addressing the issue from [the] bully pulpit is alarming.”

Still, Tobin did point to areas around the country where progress is being made in areas like crime reporting and training for law enforcement officials.

“I’ve worked with folks from California to Wisconsin who are doing work on supporting transgender acceptance and folks from New York to Georgia who are doing work around police reform,” Tobin said. “[In] The big picture we are making progress. We have ways to make it better and we have to have the will to do it … it’s just that the change is terribly slow and comes too late for those people are victimized.”

[This story originally ran on the June 1, 2017 Issue of The Rainbow Times]