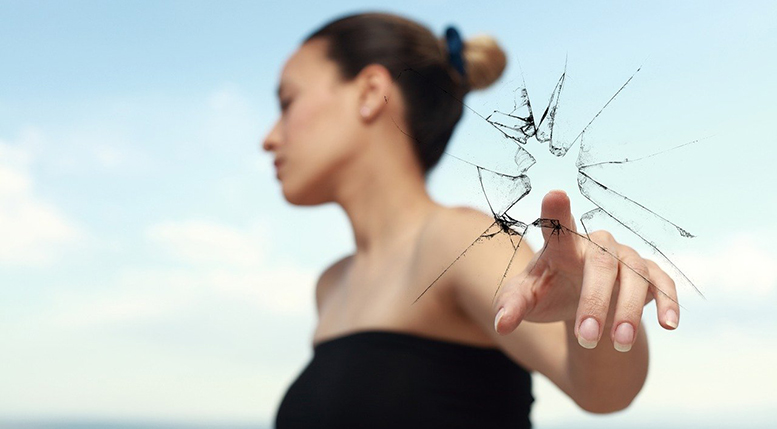 A big part of the problem is the white fragility, which twists the actual murdering and lack of rights and equal treatment to people of color who are the real victims

The brutal murder of George Floyd by Minneapolis, Minn. Police was the final catalyst where collectively, we stood up across the globe and said, “No more!” With 400 years of lynching, murders, beatings, and racism in almost every institution across the nation under our belt, we should be absolutely ashamed of ourselves. The time for comprehensive systemic change and the dismantling of racism should have taken place centuries ago. However, now is the time in history where there is no turning back. After witnessing the modern-day lynching of George Floyd by the savage policemen that took his life over a counterfeit $20 bill—which he may have had no knowledge of in the first place—has roused the world to action and to stand up to the gross injustices black men and women face every day. Black Lives Matter. If we don’t act now, then we will be complicit. We must do everything in our power to get it right going forward in any and every way possible. White folks, I’m looking at you!

I’m taking aim at the oppressive system that has benefited white folks while disenfranchising others endlessly, especially considering economic impact and police brutality. As white folks, most of us have not experienced police brutality or profiling because our skin color has never been the target. Anytime someone is critical against white perspectives, some white folks take it personally as if they are under attack, of which they are not. White fragility is a big part of this problem.

According to sociologist Robin Diangelo, who coined the term, white fragility (in her book, “White Fragility: Why It’s So Hard for White People to Talk About Racism) is a “state in which even a minimum of racial stress becomes intolerable, triggering a range of defensive moves. These moves include the outward display of emotions such as anger, fear and guilt, and behaviors such as argumentation, silence, and leaving the stress-inducing situation.”

So many white folks I know or have debated from time to time have proclaimed that white privilege is not real, or that they themselves have never experienced white privilege because they grew up poor or experienced great hardships in their lives. If you are white, whether you know it or not, you have benefited from institutional racism and from privilege. If you find this thought offensive, then you, too, suffer from white fragility.

I’ve found myself repeating to white folks ad nauseam that white privilege does not mean you haven’t had a hard life. However, it does mean that the color of your skin has never been one of the factors that has made or contributed to your life being more difficult. That is the very definition of white privilege. Let that sink in before reacting.

Instead of learning and understanding what white privilege is or how white fragility adds to the racial discrimination, hatred, abuse, and killings, a common reaction, according to Diangelo, is to deny it exists at all. However, my experiences dictate otherwise.

As a white queer cis woman married to a Latinx, indigenous man and being multicultural myself, I’ve witnessed this first-hand privilege in countless ways—a privilege that would have gotten a black person killed in this country for doing exactly what I did.

For example, twice, when pulled over by police and they took, what seemed to have been forever, to get out of their cruiser, I got out of the driver’s side of the car, in the middle of winter, with both of my hands in my coat pockets, and approached their cruiser quickly to find out what was going on and why I was pulled over. I did this with no regard as if it were ok for me to do that. My own white privilege made me comfortable enough to think that it was acceptable for me to do that in the first place.

One of these experiences happened during a cold Western Mass. winter morning. I literally stormed off to the cruiser to confront the cop. It was obvious that I was furious en route as I trekked through the snow. How did they know that I didn’t pose a threat or have a weapon? I know the answer to that. I am white. When the officer saw me approach the police vehicle practically arriving at his door, he came out of the car nonchalantly and told me to wait a minute and asked me to step back inside of my vehicle. I was literally 5-6 feet away from him.

In contrast, black parents are being forced to tell their children to stay in the car, keep their hands on the wheel at all times and to address officers as yes sir, no sir, etc. They’re forced to start talking to their children about police and racism at a very early stage in their young lives. Do we ever do that in white households? Not mine. And, I bet not yours either, if you’re a white person like me.

If I were George Floyd, Eric Garner, Tony McDade, Breonna Taylor, or countless other black men and women (trans and/or cis) dying from the hands of police, I would’ve been shot, detained, choke held, tased, thrown to the ground, arrested and charged in some way that day. But, instead, I was asked to go back to my car and told that he’d be “right with me.” He did that because he had no bias against me. It’s as simple as that. And, it’s not because I am a woman. Male family members have shared similar stories with me.

All over the social media sphere, I see countless posts of white folks chiming in about how “good” the police is and what a great job is being done in their communities. Well, they have been good to me too. The common denominator here is that most of the police is good to us white folks. That is because white folks do not have the same interaction with police that black folks and other people of color do—we never have and never will. Our opinion of certain officers and departments will never be the same as black people or people from other marginalized groups. It will never be the same because we have never been the targets of their racial/ethnic bias. That is why I will never use my voice to exalt a department or a police officer because my skin color will never be a reason for mistreatment by those in power, by those who mercilessly killed George Floyd, for all 8 minutes and 46 seconds and prior to when he took his last breath, which was before that time ended.

On the other hand, I know what they would do if it were my husband because I have seen first hand what they’ve done to him too. Mind you, my husband is a light-skinned Latinx and indigenous man. That hasn’t always helped him, I must attest with anger towards what I have witnessed first hand. As a matter of fact, whenever we’ve been pulled over in the 18 years we’ve been together, I always make sure the officer in question sees me by speaking to them too, to try and spare my husband any potential racial profiling that has resulted before in numerous circumstances. Still, my presence hasn’t helped him fully either. They’ve mistreated him anyway, regardless of my presence there. If you are married to another white person, you will never get to experience this. If you don’t know, you shouldn’t be making assumptions nor giving your opinion about something you know nothing about.

As Diangelo has pointed out, instead of taking criticism of white racist systems as a personal attack, leverage it for positive gain.

Read that again: “…instead of taking criticism of white racist systems as a personal attack, leverage it for positive gain.” That is what I do with my husband, my family, friends, and comrades in the trenches fighting for their lives and racial and economic equity, much in the same way a line of white women lined up at one of the protests to protect black protesters from an onslaught of law enforcement. They knew how to leverage their privilege that day. Do you know how to leverage yours? If not, please find more information online. There are tons of research papers that can explain this at all levels of the race-learning scale. It is not up to our PoC friends to teach us about this, just as it is not up to the LGBTQ+ community to teach others about our lives either.

During this pride season and every day of the year, when someone who is Black, Indigenous, Latinx, etc., speaks up, writes, raises their hand—acknowledge what is said, seek opinions from People of Color, reply to others in a supportive role, give people a thumbs up … make People of Color (and BIPOC, and others from the LGBTQ+ PoC community) be seen and heard. It is the very least us white cisgender folks can do.

*Nicole Lashomb is Editor-in-Chief of The Rainbow Times and Co-Executive Director of Project Out. She holds an MBA from Marylhurst University and a BM from the Crane School of Music/SUNY Potsdam. Nicole may be reached at editor@therainbowtimesmass.com.