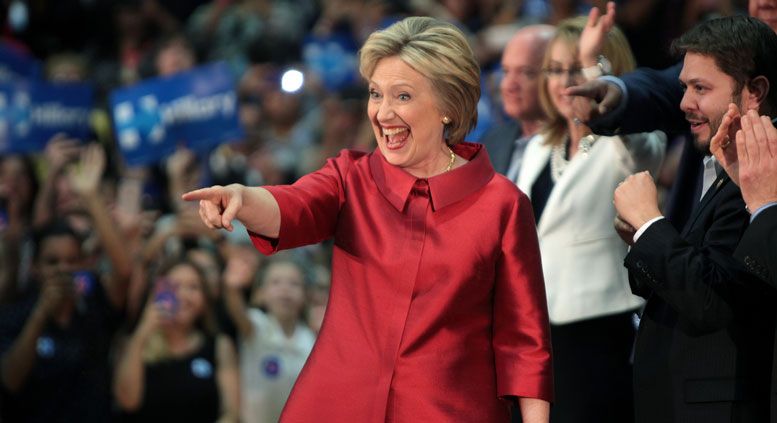 Hillary Clinton is the best and only choice for president, regardless of the emails

Regardless of how many e-mails are released by WikiLeaks, or whatever the FBI finds on the laptop shared between Hillary Clinton’s top aide and her estranged husband in a separate investigation by the Bureau, I will never vote for Donald Trump. Whatever comes out about Clinton has not and will not compare to what the Republican nominee has done to a slew of Americans, those who are already disenfranchised through systemic racism, misogyny, sexual orientation or gender identity, religion, ethnicity, and so on.

Although this edition hits the streets a week before the election, I am hopeful people will remember what is at stake in this election. Most importantly, the next president will likely appoint four Supreme Court Justices. Trump has cited the late Anthony Scalia as a “great” Supreme Court Justice—the same Supreme Court Justice who wrote a dissenting opinion that read “moral objections to homosexuality were sufficient justification for criminalizing gay sex.”

Not surprisingly, Trump has also been on record stating that there needs to be some kind of punishment for women who have an abortion. He has belittled women by calling them names and making and derogatory statements about their weight, looks, and even menstrual cycle. He has encouraged overall exploitation of those less powerful from the beginning. Although he says he is the “best” women’s advocate, he has proven he a predator that continues to oppress and assault women through his actions. Most recently, after 11 women have come forward with accusation of sexual assault, he says he will sue them immediately following the election, even through he has been caught on video claiming he even grab a woman’s pu$$y without consent. Threatening to sue people after something unfavorable is revealed about him seems to be his defensive mechanism. He is a petulant child who doesn’t deserve to be leading a major political party, and much less holding the oval office. He is an embarrassment and disgrace to so many of us.

Clinton, on the other hand, has had her e-mail hacked and U.S. intelligence has alleged that it was likely done by the Russian government. I am still baffled how the media is reporting on these illegally obtained e-mails. And, if we are going to be airing e-mails of one presidential candidate, why aren’t we airing Trumps’ e-mails too? I am fairly certain that those would really enlighten us to say the least. It is not a coincidence that only Clinton’s e-mails were hacked or those pertaining to the Democratic Party only. Is this a coincidence? I’m not inclined to think so.

In debate after debate, Trump has defended Putin, declared our President practically incompetent and still has not been held accountable for his anti-American words or actions. He has insulted our democratic process, claiming the election is rigged and yet the clamor that continues to hit the news cycle is based on unsubstantiated stolen e-mails from Clinton.

Too much is at stake. Although I respect that each person is entitled to vote for whomever they wish, including 3rd party candidates, the reality is that either the Democrats or Republicans will win this election. If you opt to select a candidate for another party, your vote will be one less vote to counteract a Trump presidency. Millions of Americans cannot live like that. If we stand on the side of equality for all, we will all fill the same bubble on Nov. 8.

*Nicole Lashomb is a an activist who focuses on advocating for marginalized communities. Nicole holds an MBA from Marylhurst University and a Bachelor’s from SUNY Potsdam, the Crane School of Music. You can reach Nicole via her e-mail here.

2 Comments on "Will it be Madam President? #NeverTrump, only Hillary Clinton"