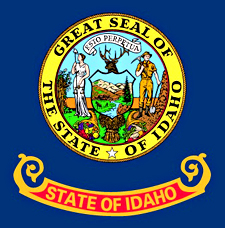 SAN FRANCISCO, Cal.—Today, the United States Court of Appeals for the Ninth Circuit entered an order requiring the State of Idaho to permit same-sex couples to marry beginning at 9 a.m. Pacific time on Wednesday morning. The court’s order came in response to a request by the plaintiff couples who successfully challenged Idaho’s marriage ban for an order allowing couples to marry as soon as possible.
On October 7, the Ninth Circuit ruled 3-0 that Idaho’s ban on the freedom to marry for same-sex couples violates the U.S. Constitution’s guarantee of equal protection. Later that day, the Ninth Circuit ordered that its decision take effect immediately, which would have required Idaho to begin issuing marriage licenses the following morning. [pullquote]”Today’s order means that two days from now, all Idahoans will have the freedom to marry. At long last, all Idaho families will enjoy the dignity, security, and protection that marriage provides.”—NCLR Legal Director Shannon P. Minter, Esq.[/pullquote]

The four couples who successfully challenged Idaho’s ban on marriage for same-sex couples in the Ninth Circuit are represented by Boise attorneys Deborah A. Ferguson and Craig Durham of Ferguson Durham, PLLC, Deanne Maynard and Marc Hearron of the law firm of Morrison & Foerster, LLP, and the National Center for Lesbian Rights (NCLR).

“Today’s order means that two days from now, all Idahoans will have the freedom to marry. At long last, all Idaho families will enjoy the dignity, security, and protection that marriage provides. We thank the brave plaintiff couples who had the courage to challenge these exclusionary laws and congratulate them on this historic victory.”

Learn more about the case.