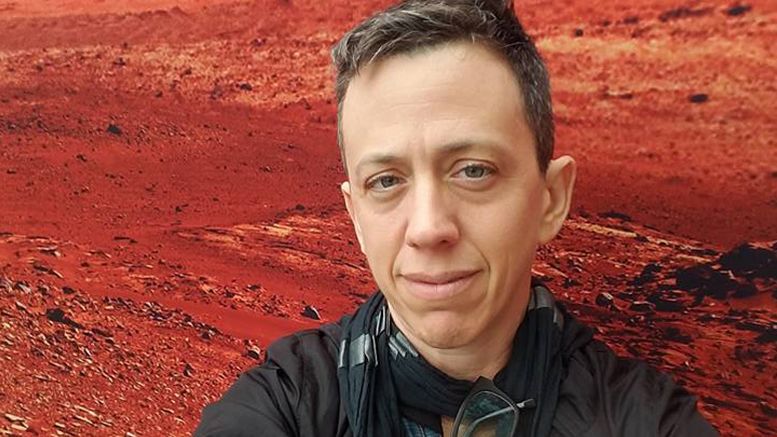 By: JD Davids/Special to TRT—

Regardless of where we sit—or where we toss and turn—during these long nights since the United States presidential election, many of us are wondering what we can do to take care of ourselves and each other, and how we can even hold our gains in the HIV epidemic, much less prevent the loss of significant ground.

Given the platform of the Trump/Pence campaign and the leadership of Congress, there is not a lot of promise that we’ll get closer to the end of the HIV epidemic. In fact, there will likely be significant changes in programs serving people with HIV or seeking to prevent new HIV cases. In addition, members of communities with high rates of HIV are facing threats to our health, our relationships and our families, to say the least.

A lot is already emerging in terms of ways to respond. In fact, there may be too much; in keeping with our time of information overload, the sheer volume of resources and opportunities to contribute can itself be an overwhelming impediment to action.

Yet, as the HIV community, we have a robust history of resistance, resilience and victory that calls us to the forefront of where we need to go today.

Within hours after the election results came in, HIV leaders joined with others to form the Activist-Led Emergency Response Team (ALERT), a growing activist network for sharing information and ideas. And I’m working with HIV activist Jennifer Johnson Avril on a new effort called #ActivistBasics, which draws from the rich history and present-day efforts of HIV and other activist movements to provide tools, information and inspiration for our present and coming struggles.

A Movement Born in a Moment of Challenges

The HIV community was born in the Reagan era, a time that may hold the closest parallel to today in terms of political conservatism and policies that impede an effective response to the epidemic. Today brings additional challenges, including a weary and polarized population that has in many cases seen its standard of living decline as a direct result of the very policies Reagan unleashed.

As a young adult, I was raised in the HIV movement during the presidency of the first George Bush, and I know that this movement has much to offer those who are looking for the way forward today.

I have learned that our time, energy and passion are precious resources. That drives my urgency to ensure that we’re using them in the best possible ways to further justice and to help sustain our efforts, rather than exhausting ourselves without hope of success.

Working on key HIV issues, as well as being a part of broader movements concerned with our moment today, gives us the opportunity to combat HIV stigma, as we—people with HIV and their friends, families, and communities—stand shoulder to shoulder with old and new allies as we come to learn and appreciate the issues that affect each others’ lives.

Here are some ideas that we’re talking about in our #ActivistBasics effort:

Going With What We Know: Ourselves

Just as I have reached out to comrades and loved ones, asking, “What are we doing? What should I do?” others have reached out to me. It is an honor for us to hold each other in this moment, valuing each other’s hearts and minds and spirits, and sitting in uncertainty together. And in this uncertainty, I encourage us to go with what we know: ourselves.

In this moment, what do you know about your strengths, your skills, your drive? In what areas do you feel confident, and how can you bring that together with the areas in which you hope to grow? Make a list of your skills and qualities, your areas of interest and those about which you are curious, and bring that self-knowledge to take your seat in our coming efforts for HIV justice.

There’s going to be a lot to do, and no one person can do it all, so go with what feels productive and important to you. Make a list of what current initiatives and groups appeal to you. Then put them into a 2-by-2 grid. There are four boxes in a 2-by-2 grid: one for efforts that are easier for you and may have the most impact, one for those that are easy but may have less impact, plus one each for harder efforts that have more or less impact. That can help you decide where to start first—probably something in the box of things that are easier to do and have a greater possible impact.

You don’t have to go it alone. I encourage people to start an ”affinity group,” a cluster of two to eight people you already know and trust who are dedicated to supporting each other. Whether you all work on different efforts and come together to replenish at a weekly potluck dinner, or whether you decide to join a group and work together to make sure you can get to the meetings and events, you’ll have this base to come home to in the long struggle ahead.

I’ve been an HIV journalist and activist since the pre-antiretroviral era, and I’m a Jewish queer and trans survivor of abuse and gender violence. I would say it’s been a rollercoaster of fear and panic since the election—but mostly the downhill plunge part.

I’m also a white, middle-class, HIV negative U.S. citizen with tremendous privilege and a good job. I live in a relatively amazing bubble of robust solidarity and safety in a place (New York City) that has vowed to resist the Trump agenda of deportation, registries and divisiveness and the expected deep and sweeping funding cuts and redistribution of public resources.

Pulling together #ActivistBasics isn’t just a way for me to feel useful. It’s the result of me going through the very process I’ve just recommended—looking at my skills, resources, realities and passions to determine what will help me connect with my past, calm my breath in the present and get ready to face the future. As always, it is an honor to work in the HIV community, and I welcome your ideas, your strategies and your collaboration.

*JD Davids is the managing editor of TheBody.com. Find him on Twitter @JDatTheBody. This article is an adaptation of a piece that originally published on TheBody.com on Nov. 23, 2016. This column is a project of Plus, Positively Aware, POZ, TheBody.com and Q Syndicate, the LGBT wire service. Visit their websites at— http://hivplusmag.com, http://positivelyaware.com, http://poz.com and  http://thebody.com — for the latest updates on HIV/AIDS.