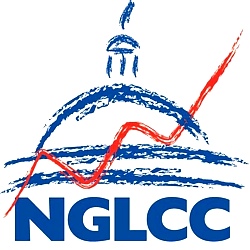 Washington, D.C.  — AB 1960, which directs the California Department of General Services to collect voluntarily submitted information on gay-owned businesses contracting with the state of California, was signed into law by Gov. Jerry Brown on Sunday, Sept. 30. The National Gay & Lesbian Chamber of Commerce (NGLCC) worked closely with the Sacramento Rainbow Chamber of Commerce (SRCC) to support and encourage this legislative victory for lesbian, gay, bisexual, and transgender (LGBT) business owners in California.

“NGLCC was proud to work with our California affiliates to see this legislation introduced and to secure the support of so many of our corporate partners that voiced their support for this legislation,” said Justin Nelson, NGLCC Co-Founder and President. “This is a very important first step in ensuring that LGBT-owned businesses, a vital part of the economic fiber of California, have equal access and opportunity to compete for state procurement contracts.”

The measure received numerous letters of support from organizations nationwide and NGLCC partner corporations, such as American Airlines and Toyota Financial Services that include LGBT-owned businesses in their supplier diversity programs.

“AB 1960 helps break down discriminatory barriers facing LGBT business owners by recognizing the size and value of their contribution to our economy,” said Dickinson. “With the governor’s signature, California is now the first state to have a law dedicated to the advancement of LGBT-owned businesses.”

California law prohibits contracting preferences or quotas for minority, women and disadvantaged business enterprises; however, data about those enterprises is collected for statistical and reporting purposes on a voluntary basis. “The inclusion of information about LGBT-owned enterprises will yield valuable data,” said SRCC President Dr. Darrick Lawson.

“There has been no official data available about the number of LGBT-owned businesses in our state,” Lawson said. “Collection and reporting of information on gay-owned businesses will be of tremendous value to organizations like ours that serve small businesses, to marketers, and to business-to-business companies that want to target the LGBT market. For the first time in history, we’ll have at least a partial picture of the economic contributions of LGBT-owned businesses statewide.”

“There are an estimated 1.4 million LGBT-owned businesses in the United States alone, “said Chance Mitchell, NGLCC Co-Founder and CEO. “LGBT-owned businesses and their tax base play an important role in new job growth, offering health care for employees and being a part of a moving the U.S. economy forward.”

About NGLCC
The National Gay & Lesbian Chamber of Commerce (NGLCC) is the only national not-for-profit advocacy organization dedicated to expanding the economic opportunities and advancements of LGBT business community. With more than 420 certified businesses and growing, over 130 corporate partners, and 51 local, state, and international affiliate chambers, NGLCC is the largest LGBT business development and economic advocacy organization in the world.

About Sacramento Rainbow Chamber of Commerce
Established in 2001, the Sacramento Rainbow Chamber of Commerce serves gay, lesbian, bisexual and transgender business owners and professionals and allies in the Greater Sacramento region. The Chamber works to build a prosperous and inclusive business community and to support issues that promote business development and equal rights for all people.  The Chamber and its non-profit affiliate, the Rainbow Chamber Foundation, have contributed more than $36,000 to charitable causes, including youth scholarships and programs for at-risk lesbian, gay, bisexual and transgender youth. For more information, visit www.rainbowchamber.com.