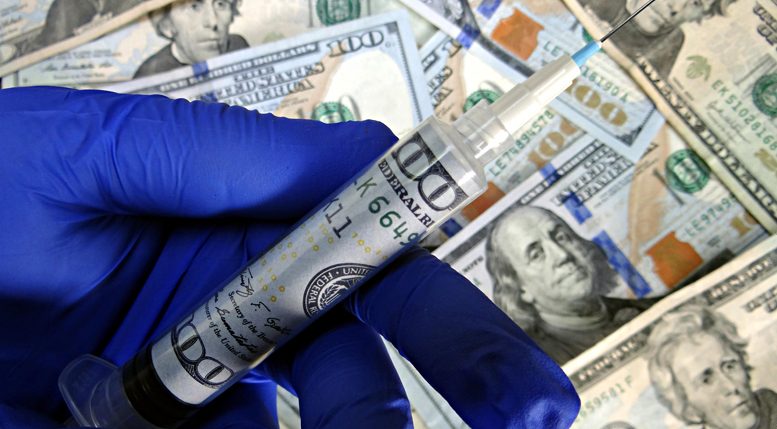 The National Institutes of Health (NIH) will get a $2 billion funding increase for the remainder of FY17, rather than a $1.2 billion decrease proposed by the Trump administration.

Congress agreed on a $1.1 trillion omnibus spending bill that will fund most federal government operations through fiscal year (FY) 2017, which ends September 30. The bill’s funding levels for health agencies and programs stand in sharp contrast to the Trump administration’s budget blueprint for fiscal year 2018 (FY18), released in March. The National Institutes of Health (NIH) will get a $2 billion funding increase for the remainder of FY17, rather than a $1.2 billion decrease proposed by the Trump administration. Although the omnibus bill does not address funding for FY18, it now appears highly unlikely that Congress will back Trump’s proposal to make deep cuts totaling $5.8 billion to the NIH budget for FY18.

In addition, the FY17 omnibus spending bill does not cut or prohibit federal funding for Planned Parenthood. The Federal AIDS Policy Project also noted that, under the bill, the U.S. Centers for Disease Control’s (CDC) HIV prevention efforts in schools would be level-funded at $33.1 million. The Office of Adolescent Health’s Teen Pregnancy Prevention Program (TPPP) would likewise be level-funded at $101 million.

Meanwhile, in April, the CDC awarded approximately $11 million in first-year funding to 30 community-based organizations (CBOs) to implement comprehensive HIV prevention programs for young men of color who have sex with men, young transgender people of color, and their partners. Of the 30 funded organizations, 23 will primarily target young men who have sex with men of color and their partners, and 7 will target young transgender persons of color and their partners. Each funded CBO will receive about $360,000 per year over a 5-year period for high-impact prevention programs designed to reduce new HIV infections, increase access to care, and promote health equity by:

“Recent scientific advances have given us powerful new strategies to stop HIV, including improved testing techniques, early treatment with antiretroviral medications, and pre-exposure prophylaxis,” noted Eugene McCray, the director of CDC’s Division of HIV/AIDS Prevention, in a letter announcing the awards. “This new funding program will help accelerate efforts to deliver these advances to the people who need them most.”

After several attempts at passing the American Health Care Act (AHCA), the House passed the bill, which would replace the Affordable Care Act (ACA), also known as Obamacare. The bill would allow states to seek permission from the federal government to develop their own list of essential health benefits (EHBs)—basic health benefits that must be provided by all marketplace health insurance plans—rather than adhering to the list of 10 EHBs specified in Obamacare. States could also allow insurers to charge higher premiums to persons with pre-existing health conditions, provided that insurers make a high-risk pool available to those patients.

The bill was opposed by nearly every medical professional organization, advocacy groups, and public health organizations The Federal AIDS Policy Project said that the bill would “once again make healthcare coverage unaffordable and inadequate for most people with HIV.” AIDS United described the bill’s protections for people living with pre-existing conditions as “wafer thin” since “the amendment allows states to apply for a waiver that would make it easier for insurance companies to raise rates on people living with HIV, people with other chronic conditions, and older adults.” The American Public Health Association described the bill as “bad policy” that would “gut health protections for Americans.” And the American Medical Association expressed concerns that the bill “would result in millions of Americans losing their current health insurance coverage.”

New Fact Sheets and Other Resources from CDC, AIDSInfo, and HCV Advocate

National Asian and Pacific Islander HIV/AIDS Awareness Day. AIDS.gov web page with links to information and resources about HIV/AIDS in this community.

HIV Infections Among Asians. CDC fact sheet with recent HIV/AIDS statistics, plus information on risk factors and barriers to prevention among Asians living in the U.S. and dependent areas, and steps CDC is taking to address HIV/AIDS in this population group.

HIV Long-Term Survivors Day (HLTSD) is commemorated on June 5—the anniversary of the day in 1981 when the CDC reported the first cases among gay men of a mysterious illness that would later become known as AIDS. According to its website, HLTSD celebrates “those who have defied the odds by living with HIV for decades. June 5 is about coming together and realizing that we are not alone.” In 2017, nearly 60% or all people living with HIV in the U.S. are over 50 years old, and by 2020, this proportion is projected to increase to 70%. The theme of HLTSD 2017 is ‘HIV-resilient’: “Our focus is on ensuring that HIV long-term survivors are front and center in the current HIV dialogue.” To help commemorate the day, we’ve compiled an annotated list of online resources focusing on HIV long-term survivors.