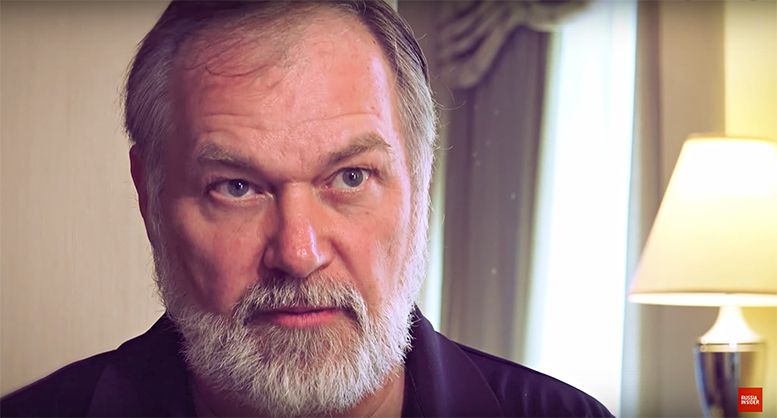 My wife and I just celebrated our 20th anniversary. And do you know who else is celebrating 20 years? World Nut Daily, a website that hosts conservative voices that not only don’t consider my wife and I to be married, but don’t even think that we should, or even do, exist.

One such marriage equality denier and man who has spent years authoring anti-LGBTQ hot takes is Scott Lively, president of Defend the Family International.

Lively’s Sept. 8 column is basically a love letter to Exodus International, a totally discredited group that purported to turn gays and lesbians straight with prayer. The founder of Exodus eventually left and was all, “Welp, I’m still gay. This group is bull$hit. Sorry.”

Lively, however, thinks it was great.

“Though I have never experienced same-sex attraction,” Lively begins making sure you know he ain’t no homo, former or current, “I attended several Exodus conferences and other functions.”

So why did Lively hang out at Exodus gatherings if he’s a good heterosexual Christian? Because he loves gays, in a totally non-gay way, of course.

“I have always had a special place in my heart for ‘gay’ strugglers and have ministered to many individuals over the years as an aspect of my Bible-based Christian activism,” Lively said.

Translation: “I think gay people are disgusting, incapable of God’s love, and unworthy of romantic partnership and I have spent my professional life spreading that message because I am a creep.”

The place in his heart for gays is so special that he claims they have a “compulsive behavioral disorder.”

You know those “pleasure-related brain chemicals” that are released when a person meets someone they are are attracted to? When straight men and women feel that it’s called love. When gays and lesbians feel it, it’s called “addiction.” Same feeling, different bodies.

“I was miraculously healed of drug and alcohol addiction in 1986—on my knees in prayer at a treatment center—after 16 years of bondage that started at the age of 12,” he writes. “I never had another desire to drink or take drugs ever again.”

Well, good for him if that’s the case. But that doesn’t make him an expert on how gay people feel or don’t feel.

He can’t understand why LGBTQ people and allies were so strongly against the ex-gay “cure” lie that Exodus pushed (and Lively still pushes).

“Exodus International,” he writes, “suffered the wrath of the powerful LGBT political movement from Day 1 because every one of its members was living proof that homosexual self-indulgence is a choice.”

No. Every one of its members was living proof that people who’ve been beaten down by discrimination and hate will subject themselves to psychological torture in the hopes that the pain will stop.