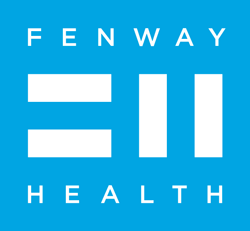 BOSTON, Massachusetts — Fenway Health expressed congratulations to President Obama on his victory and a commitment to work closely with the Administration and Congress over the next four years to promote expanded access to quality health care for all Americans.

“The Obama Administration has effected unprecedented changes in health policy, expanding access to 30 million uninsured Americans and dramatically increasing attention to lesbian, gay, bisexual and transgender (LGBT) health,” said Stephen L. Boswell, MD, President & CEO of Fenway Health. “Given the successes we have accomplished here in Massachusetts with near universal health care access and improvements in LGBT health and HIV care, we look forward to working with our partners in government to improve health care across the country.”

The Affordable Care Act of 2010—one of President Obama’s and the 111th Congress’s signature accomplishments—represents an historical step toward improving the health of the American people. It contains important protections against discrimination in healthcare delivery and helps ensure access to life-saving care and services for millions of Americans, including LGBT people and people living with HIV/AIDS. It also provides resources to expand community-based care to help meet our country’s growing healthcare needs and to provide more access to primary care providers in the hopes of keeping people healthier and cutting down on expensive emergency room visits and hospitalizations.

In addition to President Obama’s ending of the Don’t Ask, Don’t Tell military policy and his courageous and visionary support for marriage equality, the Obama Administration has also taken a number of steps to improve health care for LGBT people and reduce disparities. Key actions include:

“President Obama and his Administration have taken unprecedented steps to advance LGBT health,” said Kenneth H. Mayer, MD, Co-Chair and Medical Research Director of The Fenway Institute and Professor of Medicine at Harvard Medical School. “We are hopeful we can accomplish even more important policy changes in his second term.”

Fenway Health also noted with gratitude that Maryland and Maine voters approved ballot measures legalizing same-sex marriage, the first time this has happened. Voters in Minnesota rejected an anti-same-sex marriage ballot question, only the second time this has happened (the first was in Arizona in 2006). We are still awaiting the results of a pro-marriage equality ballot measure in Washington State. A number of openly LGBT people were elected to high office, including Senator-elect Tammy Baldwin (D-WI), the first ever openly lesbian or gay person elected to the U.S. Senate.

Fenway Health will continue to advocate for full implementation of the Affordable Care Act over the next several years. The June 2012 U.S. Supreme Court ruling upholding the ACA and Obama’s reelection have now settled the debate over this law. In order for the Affordable Care Act to be successful, it is essential that states expand Medicaid eligibility. About half of the 30 million people newly able to access health coverage under the ACA would be covered under the Medicaid expansion, including low-income adults who are not disabled and who don’t have dependent children. This expansion would benefit many individual LGBT people, as well as millions of other low-income Americans.

For more than forty years, Fenway Health has been working to make life healthier for the people in our neighborhood, the LGBT community, people living with HIV/AIDS and the broader population. The Fenway Institute at Fenway Health is an interdisciplinary center for research, training, education and policy development focusing on national and international health issues. Fenway’s Sidney Borum Jr. Health Center cares for youth and young adults ages 12 to 29 who may not feel comfortable going anywhere else, including those who are LGBT or just figuring things out; homeless or living on the streets; struggling with substance use or abuse; sex workers; or living with HIV/AIDS.