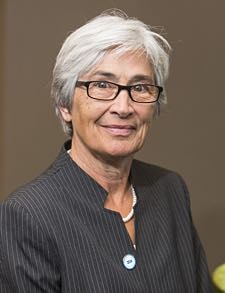 BOSTON, Mass.—Fenway Health’s “The Women’s Dinner Party” is New England’s largest annual fundraiser night on the town for lesbian and bi women, trans people, and allies. More than 1,000 people come together to raise over $500,000 in support of the life-saving programs and services at Fenway Health.

This year, Fenway Health will present Judith B. Bradford, PhD, Center for Population Research in LGBT Health and Co-Chair of The Fenway Institute, with the Dr. Susan M. Love Award. Dr. Bradford is being honored for her longstanding commitment and contributions to the health of sexual and gender minorities. While serving as Co-Chair of The Fenway Institute, Dr. Bradford received funding from the National Institutes of Health (NIH) to create the first national Center for Population Research in LGBT Health, which supports and stimulates research to fill critical knowledge gaps related to the health of sexual and gender minorities, strengthening the foundation for culturally competent treatment and behavior change models. Since 2010, the Population Center has hosted the annual Summer Institute in LGBT Population Health, which brings graduate and post-doctoral fellows from around the world to Fenway every summer to gain foundational training in interdisciplinary theory, knowledge and methods for conducting population research in sexual and gender minority health. To date, 90 graduates have been trained from 46 universities and colleges. [pullquote]Dr. Bradford sits on a number of study sections at the NIH, and is the first acknowledged LGBT member of the National Advisory Council on Minority Health and Health Disparities.[/pullquote]

Each year, the Dr. Susan M. Love Award is given to honor and celebrate a woman and/or organization that has made a significant contribution to the field of women’s health. The Love Award is given in honor of its founding recipient, Dr. Susan M. Love, a pioneer in the fields of women’s health and breast cancer. Love helped found the Revlon/UCLA Breast Center in 1992 and currently heads up the Dr. Susan Love Research Foundation, which is dedicated to eradicating breast cancer.

Dr. Bradford sits on a number of study sections at the NIH, and is the first acknowledged LGBT member of the National Advisory Council on Minority Health and Health Disparities. She is currently conducting research that addresses healthy lesbian aging, housing, and other concerns of LGBT elders and serves on the Massachusetts Commission on LGBT Elders. Her community-based participatory research of LGBT Youth of Color funded by the NIH is the first of its kind, with leadership from youth and adult leaders in this area of concern.

Dr. Bradford’s advocacy has changed the way that LGBT health research is valued at the state and national level, resulting in increased respect and funding for studies that directly impact our communities—most particularly those who are hardest to reach yet most in need of services, such as LGBTQ youth, elders, trans* individuals, and people of color. Acutely aware of the needs of LGBT people across the lifespan, Dr. Bradford has been a leader in numerous important ways, having conducted research on HIV/AIDS since 1982 including the response of medical and other care providers from 1986 until 2000, African American women’s health since 1995, and transgender health access since 2002. She served as Research Director for the 1984 National Lesbian Health Care Survey (the first national study of the health of lesbians), on the first Institute of Medicine (IOM) study on lesbian health in 1997, and in 2010 as a member of the scientific committee that wrote the IOM book The Health of Lesbian, Gay, Bisexual, and Transgender People: Building a Foundation for Better Understanding. The IOM report provided a framework for government, scientists and advocates to share a language in which to talk and work together.

The Women’s Dinner Party is being held on Saturday, April 11, 2015 from 6 p.m. to 1 a.m. at the Boston Marriott Copley Place. The Women’s Dinner Party is an elegant attire fundraiser for Fenway Health that brings together more than 1,000 lesbian, transgender and bisexual women and their friends and supporters for a night of dinner and dancing. This year’s event is made possible thanks to the hard work of honorary event chair Elyse Cherry and event chairs Lori Griffith, M. Jane Powers, and Angela L. Rappoli, as well as the support of our generous corporate sponsors. More information is available at www.womensdinnerparty.org.