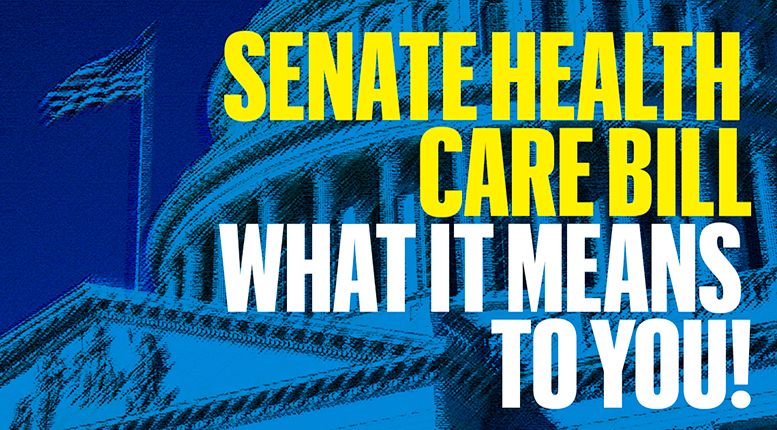 BOSTON—The latest Congressional proposal to repeal and replace the Affordable Care Act (ACA), sponsored by Senators Lindsey Graham (R-SC) and Bill Cassidy (R-LA), would make significant cuts to Medicaid. It would permit states to opt out of ACA provisions that prevent health insurers from charging higher health insurance premiums to people who have been treated for cancer, diabetes, HIV, and other health conditions. States would be permitted to opt out of ACA provisions that require health insurers to provide coverage of Essential Health Benefits, such as maternity care, pediatric dental care, prescription medications, preventive screenings, and behavioral healthcare. The bill would also prohibit federal reimbursement for services performed at Planned Parenthood health clinics for at least one year.

“Graduate students in medicine, nursing, and other allied fields learn that their first responsibility is to do no harm. This bill threatens to do just that by taking away health insurance, and thus access to care, for millions of Americans,” said Stephen L. Boswell, MD, FACP, President & CEO of Fenway Health. “Under the ACA, millions of LGBT people, people living with HIV, and those who have historically had lower access to health insurance—such as Black Americans—have gained coverage. The Graham-Cassidy bill would undo that progress.”

The Graham-Cassidy bill would change the option states now have to offer Medicaid, a public health insurance program, to low-income adults who do not otherwise qualify based on disability or primary care responsibility for a child. This provision greatly benefitted low-income LGBT adults as well as people living with HIV who had never received an AIDS diagnosis. Under the Graham-Cassidy bill, eligibility for Medicaid would be limited in every state to low-income children, pregnant women, parents of dependent children, seniors, and people with disabilities.

All of these provisions are similar to those found in the American Health Care Act, which was approved by the House on May 4, and the Better Care Reconciliation Act, which was defeated in the Senate on July 28. After scoring those bills, the Congressional Budget Office found that an estimated 23 million to 26 million Americans would lose their health insurance by 2026 under those bills as compared with what would be expected under the ACA.

The bill would impact some states more severely than others. The Center for Budget and Policy Priorities estimates that 20 states, including Massachusetts, would lose between 35 percent and 60 percent of current Medicaid funding. Massachusetts would lose billions in federal funding over the next decade under the plan, to the point that in 2026 it would receive $5 billion less in federal funds for health care.

“We urge Congress to carefully weigh the impact of this proposed legislation, and not rush it through without weighing its implications on the health and well-being of all Americans,” Boswell said.