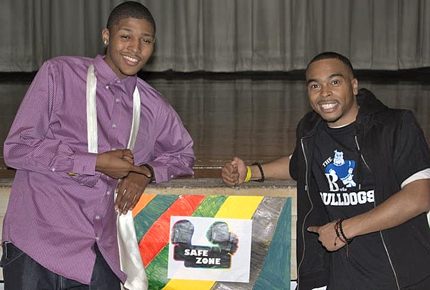 HBGC will use its $100,000 grant to create safer spaces where LGBTQ youth can connect, learn from one another, and become empowered to create better conditions in their school and community. The organization will continue to develop and support youth-led Gay-Straight Alliances (GSAs) in schools that are primarily attended by students of color.  Funds will also be used to improve and expand the organization’s annual Youth Empowerment Conference, the largest youth conference in New England for LGBTQ youth of color.

Founded in 2009, HBGC is Boston’s leading organization led by, and working for, Latina/o and Black LGBTQ communities.  The organization works to inspire and empower their constituency to improve their lives through activism, education, outreach and counseling. HBGC quickly gained traction in the Greater Boston area by offering social support, organizing stigma-reducing campaigns, hosting educational forums, and implementing leadership development programs.

“We are honored to have the support of the Liberty Hill Foundation,” said Corey Yarbrough, Executive Director and co-founder of HBGC. “Black and Latino LGBTQ youth especially face a number of harsh disparities and inequalities that often block them from reaching their dreams and full potential. Funding from the Queer Youth Fund will not only help us empower a new generation of leaders to succeed, but to also transform the world around them.”