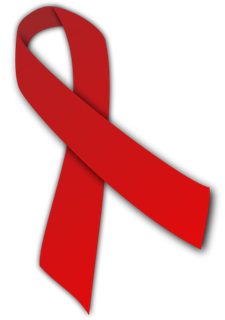 What do Beyonce, drag queens, babies in car seats, and Vice President Joe Biden have in common? They are featured in animated gifs imparting concise, easy-to-understand information about the Affordable Care Act (ACA). The Young Black Gay Men’s Leadership Initiative launched “How to Make the ACA T’Werk for You“—which features the gifs—to raise awareness among Black men who have sex with men about the October 1 start of the open enrollment period in the ACA Health Exchange Marketplace. According to YBGLI, the web page “is a tool intended to speak to a new generation of healthcare consumers on the benefits and importance of ACA.”

A new report from the U.S. Department of Health and Human Services (HHS) finds that the National HIV/AIDS Strategy (NHAS) is working to reduce HIV disparities among African Americans, particularly gay and bisexual men. As part of an ongoing effort to intensify HIV prevention efforts in heavily impacted communities, HHS undertook a number of activities to enhance the response to HIV among African American gay and bisexual men and other men who have sex with men (MSM). In November 2012, for example, the Office of HIV/AIDS and Infectious Disease Policy convened a two-day meeting to explore how to best address the HIV prevention, treatment, and care needs of Black MSM and the health disparities that put them at greater risk for both acquiring HIV and for experiencing poorer health outcomes.

In an effort to meet the NHAS goal of reducing stigma and discrimination against people living with HIV, the U.S. Centers for Disease Control and Prevention (CDC) launched Let’s Stop HIV Together in 2012. Let’s Stop HIV Together is a broadly targeted general campaign designed to raise awareness about HIV and its impact on the lives of all Americans, and to fight stigma “by giving voice to people living with HIV from all walks of life,” according to the report.  “Let’s Stop HIV Together encourages everyone to learn the facts about HIV transmission and prevention, get tested for HIV, and speak out against the stigma and complacency that helps fuel the spread of HIV.”

As part of efforts to reduce stigma and discrimination against people living with HIV, the Presidential Advisory Council on HIV/AIDS (PACHA) and a CDC-HRSA advisory committee developed principles and recommendations for promoting and normalizing safe and voluntary self-disclosure of HIV status in different contexts and circumstances. According to the report, “These principles and recommendations recognize and respect the ultimate autonomy of each individual faced with the opportunities and challenges of disclosing her or his HIV status and acknowledge that disclosure of HIV status is not a single, discrete event, but rather an ongoing process that spans a lifetime and many contexts.”

Meanwhile, PACHA has released Achieving an AIDS-Free Generation, a 76-page report that reviews the nation’s progress toward important NHAS goals and some of the difficulties encountered since the launch of the NHAS in July 2010.  It also identifies specific issues that require immediate attention and action.

During the past three years, PACHA has developed a series of recommendations and resolutions on a wide range of topics, including:

Of particular interest is “PACHA Recommendations at a Glance” on page 20 of the report.  This is a concise listing of 15 policy recommendations whose implementation PACHA believes “is imperative to achieving the NHAS goals.” Taken together,  PACHA’s “Achieving an AIDS-Free Generation” and HHS’s NHAS 2012 progress report provide an extensive overview of the activities undertaken to date to meet the goals of the NHAS as well as priorities for the future.

Characteristics of Men Who Have Sex with Men (MSM) Who Attend Sex Parties: Results from a National Online Sample in the USA.  By C. Grov, H.J. Rendina, A.S. Breslow, and others, in Sexually Transmitted Infections.

HIV Testing Patterns Among Black Men Who Have Sex with Men: A Qualitative Typology.  By S.A.

Correlates of Sexual Risk for HIV Among U.S.-Born and Foreign-Born Latino Men Who Have Sex with Men (MSM): An Analysis from the Brothers y Hermanos Study.  By Y. Mizuno, C.B. Borkowf, G. Ayala, and others in Journal of Immigrant and Minor Health.

Sexually Transmitted Infections Screening at HIV Treatment Centers for MSM Can Be Cost-Effective.  By H.J. Vriend, A.K. Lugnér, M. Xiridou, and others, in AIDS.

Optimizing Content for Pre-exposure Prophylaxis (PrEP) Counseling for Men Who Have Sex with Men: Perspectives of PrEP Users and High-Risk PrEP Naïve Men.  By S. Wade Taylor, K.H. Mayer, S.M. Elsesser, and others, in AIDS and Behavior.

Social Media Technologies for HIV Prevention Study Retention Among Minority Men Who Have Sex with Men (MSM).  By S.D. Young, in AIDS and Behavior.

By S.D. Young, G. Szekeres, and T. Coates, in International Journal of STD and AIDS.