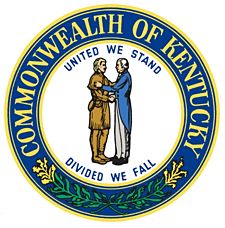 A federal judge in Kentucky today ordered the state to recognize marriage licenses obtained by same-sex couples from other states.

U.S. District Court Judge John Heyburn (a nominee of George H.W. Bush) issued the final order on a ruling ruled he made February 12. There were two questions at issue in the Bourke v. Beshear case, Heyburn said the state’s refusal to recognize valid licenses obtained in other states violated the equal protection clause of the U.S. Constitution. Today’s order instructs the state how to comply with that ruling: start recognizing marriage licenses of same-sex couples.

Heyburn still must rule on whether the state’s refusal to grant marriage licenses to same-sex couples is constitutional. Attorneys on both sides are now submitting briefs on that issue and a ruling could come in a few months.

If either or both questions are appealed, the case will go before the Sixth Circuit U.S. Court of Appeals. Another case testing state bans –one from Ohio—is already petitioning the Sixth Circuit.

Heyburn did not respond to the state’s request that he stay his order. If the state appeals a higher court for a stay, Dan Conway, attorney for the plaintiff couples, has said he will oppose it.