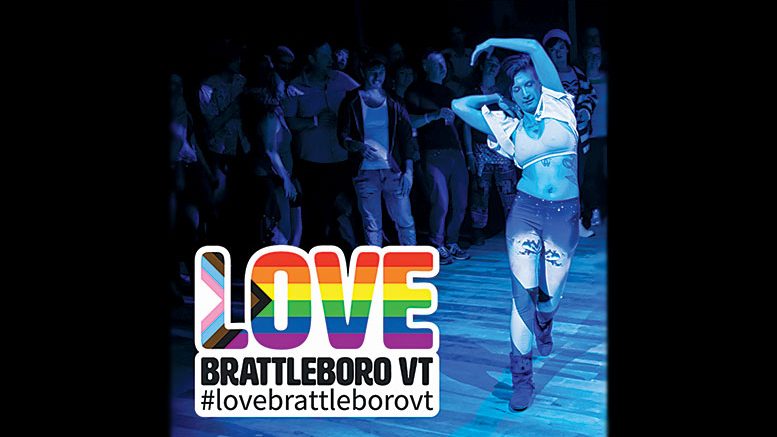 BRATTLEBORO, Vt.—In an effort to build on tourism and the region’s hidden treasures, LOVE BRATTLEBORO VT officially launches this month, according to local leaders.

“We host more than 1,000 arts and cultural events in Brattleboro each year and there is something for every visitor,” said Stephanie Bonin, executive director of the Downtown Brattleboro Alliance. “Whether it’s the Harris Hill Ski Jump, Strolling of the Heifers, Retreat Farm Food Truck Round-Up, monthly Gallery Walks, or one of the many art, film, music, and dance events, the town is always humming with energy.”

Kicking off with a love letter to the region, LOVE BRATTLEBORO VT commences on February 6 and welcomes visitors with open arms, according to the campaign’s press release. February’s festivities focus on events during the 10 days around Valentine’s Day, and that love letter is inclusive of the LGBTQ community.

According to Heller, who also co-owns the Oasis with his husband of 29 years, Dave King, noted that the town has no shortage of inclusion options for the gay community.

“Some of these attractions include monthly artists’ open studio tours, literary & film festivals, a Circus Arts Academy where approximately 35 percent of the students and coaches are LGBTQ or are being raised in same-sex families, an annual LGBT film festival now in its 15th year, an annual fall literary festival and year-round men’s gatherings, workshops & retreats, [and] nearby LGBTQ beaches,” he said. “Also, as compared to the Deep South, our local churches sport rainbow flags.”

Brattleboro has a thriving arts scene that cannot be over-emphasized, according to those working hand-in-hand with the campaign.

“… Folks that identify as non-binary, alongside those that are akin to more ‘traditional’ LGBTQ identities, are front and center in the rich and highly visible arts and culture community here, contributing significantly to the almost countless cultural events that occur each year,” said members of the campaign.

“In a nutshell, many LGBTQ-specific attractions and happenings plus plenty of things that resonate with the urban and non-urban LGBTQ sensibilities to create a unique and welcoming for out-of-towners in search of something fresh, contemporary and grounded in their sensibilities,” Heller explained.

“Brattleboro is one of our favorite local destinations due to its eclectic vibe and folks from all kinds of backgrounds. It is a gem that isn’t always the obvious destination spot for those local and afar, but it should be,” said Alex Munroe, a Northampton Mass. resident.

Home is where the love is.

“I’ve lived all over the world—UK, Europe, Middle East, west coast, east coast, Midwest and Brattleboro is my personal favorite!” said Heller. “I’ve lived here longer than I’ve lived anywhere and this is home to me. “I came to visit in 1981, got hooked on the local friendly, alternative vibe, fell in love with a local man who is now my husband of 29 years and I’m still here living and loving the life.”

To learn more about the LOVE BRATTLEBORO VT campaign, check out the full event listings at lovebrattleborovt.com.