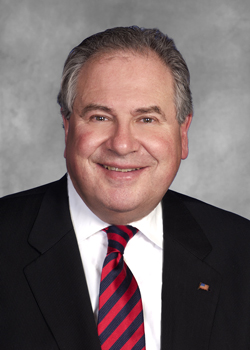 “We are honored and thrilled to have House Speaker Robert DeLeo as our 2012 Transgender Ally Award recipient,” said MTPC Executive Director Gunner Scott. “We’re grateful for his leadership on the passage of gender identity protections in employment, housing, credit, and education in Massachusetts.”

House Speaker Robert A. DeLeo (D-Winthrop) has represented the 19th Suffolk District, including the Town of the Winthrop and a portion of the City of Revere, in the Massachusetts House of Representatives since 1991. DeLeo became Speaker of the Massachusetts House of Representatives on January 28, 2009. Speaker DeLeo was an early and vocal advocate for the passage of Massachusetts’ Transgender Equal Rights Bill and has co-sponsored the bill in previous legislative sessions.

Lawyers for Transgender Rights is a cocktail reception and silent auction event that brings together lawyers, law students, law firms, legal organizations, bar associations and law schools to network and build support in the legal community for MTPC’s important work on behalf of transgender rights.

“Lawyers for Transgender Rights provides an opportunity to hear about MTPC’s exciting work while raising money for this amazing organization,” said Bri Lacy, co-chair of LTR’s Host Committee. “MTPC is the leading organization working to implement the newly passed transgender protections through training and public education as well as set the ground work future legislative and advocacy campaigns.” Catherine Deneke, also co-chair of the Host Committee, added, “We are so proud that the legal community continues to stand on the side of equality and has shown such tremendous support for MTPC and this event.”

Advance tickets and sponsorship opportunities are available on MTPC’s website at www.masstpc.org/ltr. Tickets will be on sale at the door the night the event as well starting at $65.00 for lawyers, $35 for non-profit, $15 for students. For more information please contact MTPC at 617-778-0519.

Founded in 2001, the Massachusetts Transgender Political Coalition (MTPC) is a 501(c) 3 that works to end discrimination on the basis of gender identity and gender expression. MTPC educates the public, advocates with state, local, and federal government, engages in political activism, and encourages empowerment of community members through collective action. http://www.masstpc.org