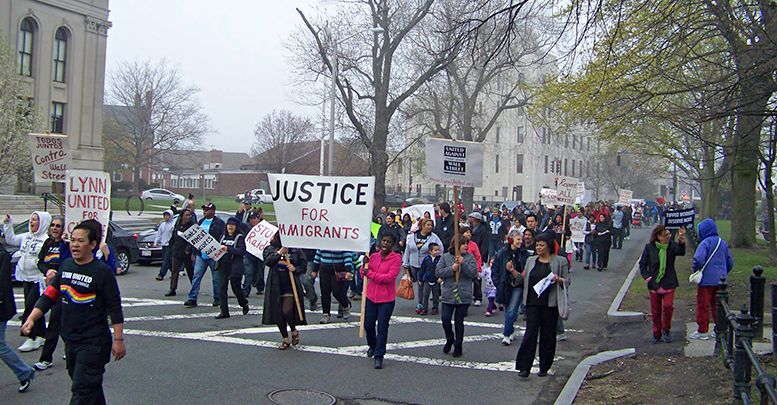 WASHINGTON—On Monday, May 1st, a newly formed coalition of more than 50 social and racial justice organizations across the country will lead May Day actions nationwide to put forth a true, collective vision of economic justice and worker justice. The actions, led by “The Majority,” will push a vision for justice that centers Black people, women, LGBTQIA people, immigrants and undocumented people and those that live at the intersections of multiple identities.

This year’s May Day also marks President Donald Trump’s 101st day in office. The Majority intends to use May Day actions to call attention to Trump’s empty job creation promises, pro-corporation and anti-worker stances and to expand and strengthen the fight for justice, freedom and the right for all people to live fully, with dignity and respect.

What: Nationwide May Day actions demanding justice for Black and brown communities bringing together diverse and overlapping communities under attack by the Trump Administration—from Black immigrants and non-immigrants, to workers, trans people and more.

Who: Hosted by “The Majority,” a coalition convened by the Movement for Black Lives and created and actualized by national and local organizations, as well as alliances that are inclusive of membership-based organizations. Hundreds of organizers from 50 different social and racial justice groups nationwide will join the events.

Where: Actions will be held across the country, including:

For a full list of actions, please visit: www.beyondthemoment.org/may-day/

The actions are a part of Beyond the Moment: Uniting Movements from April 4th to May Day. In this month of action, organizers are collaborating under a shared understanding that the harm and marginalization which communities of color disproportionately experience are rooted in anti-Blackness, capitalism and militarism.

Beyond the Moment, which launched on April 4, 2017, led mass political education throughout the month as a means of connecting the current political moment and current solidarity work, with that of times past, namely the intersectional work of the Civil Rights Movement. The Majority’s May Day actions will serve asa starting point for agitation in the days, weeks and years ahead. The actions will also underscore the interconnected nature of oppression facing people of color and that the fight against such systemic structures must be interconnected as well.

About Beyond the Moment: Launched in April, Beyond The Moment is spearheaded by The Movement For Black Lives and actualized by The Majority, a coalition of over 50 national social and racial justice groups uniting to rise beyond the current political moment and dismantle structures of oppression rooted in anti-Blackness, materialism and militarism.