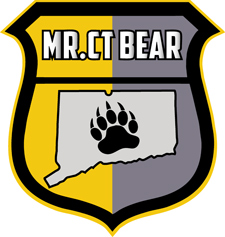 MERIDEN, Conn.—Mr. Connecticut Bear, Inc., producers of the Mr. Connecticut Bear competition, announced this week that they will be taking over the entire Four Points by Sheraton hotel in Meriden, CT, for the upcoming Mr. Connecticut Bear Weekend, to be held August 6 -8, 2016. Already the largest bear event in CT, drawing hundreds annually from across the Northeast, this move will likely boost the event to a level not seen in Connecticut since the days of Bear Trek in the early 2000’s.

“After outgrowing our space last year, we listened to what our guests said they wanted to see in 2016. Many wanted an all-in-one location. Most wanted a hotel with a pool,” saidMr. Connecticut Bear’s executive producer, David “Skeeter” Bielski. “This new location gives us just what our bears asked for, with lots of options to grow the event into something even bigger, that the Bear Community of Connecticut can be proud of.”

Mr. Connecticut Bear, Inc’s, Facebook Page and website report that plans are in the works for an exclusive pool party, a full vendor market, and the centerpiece of the weekend: the Mr. Connecticut Bear 2017 competition. Hotel rooms are available now at mrctbear.com, and run packages will be announced shortly thereafter.