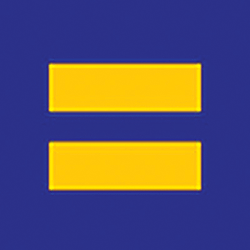 “Regardless of how she came to our attention, Pvt. Chelsea Manning’s transition deserves to be treated with dignity and respect.  As she requested in her letter, journalists and other officials should use her chosen name of Chelsea and refer to her with female pronouns.  Using the name Bradley or male pronouns is nothing short of an insult.  Media, having reported on her wishes, must respect them as is the standard followed by the AP Stylebook.

“What should not be lost is that there are transgender servicemembers and veterans who serve and have served this nation with honor, distinction and great sacrifice.  We must not forget or dishonor those individuals. Pvt. Manning’s experience is not a proxy for any other transgender man or woman who wears the uniform of the United States.”

“In response to Chelsea Manning’s disclosure that she is female, has been diagnosed with gender dysphoria, and will be seeking hormone therapy as a part of her transition during her incarceration, public statements by military officials that the Army does not provide hormone therapy to treat gender dysphoria raise serious constitutional concerns,” said Chase Strangio, staff attorney with the American Civil Liberties Union’s Lesbian Gay Bisexual and Transgender ProjectGender. “Dysphoria is a serious medical condition in which a person’s gender identity does not correspond to his or her assigned sex at birth, and hormone therapy is part of the accepted standards of care for this condition. Without the necessary treatment, gender dysphoria can cause severe psychological distress, including anxiety and suicide. When the government holds individuals in its custody, it must provide them with medically necessary care.

“The official policy of the Federal Bureau of Prisons and most state agencies is to provide medically necessary care for the treatment of gender dysphoria, and courts have consistently found that denying such care to prisoners based on blanket exclusions violates the Eighth Amendment of the Constitution.”

The American Civil Liberties Union (ACLU) conserves America’s original civic values working in courts, legislatures and communities to defend and preserve the individual rights and liberties guaranteed to every person in the United States by the Constitution and the Bill of Rights.