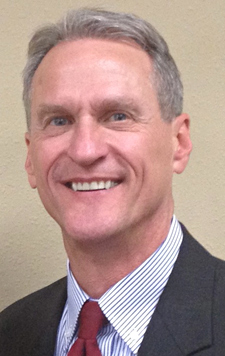 Today, the Republican Governor of South Dakota vetoed House Bill 1008, a discriminatory legislation that would have prevented transgender students from using the facilities that match the gender they live every day.

Gov. Dennis Daugaard said to the New York Times that the bill would “have put schools in the “difficult position of following state law while knowing it openly invites federal litigation.”

The bill was supported by the Heritage Foundation, the Washington-based conservative research group, and the Roman Catholic bishops of South Dakota, according to the New York Times.

The veto protects the health and safety of transgender South Dakota students and ensures that state law complies with federal law prohibiting discrimination in schools on the basis of sex. The veto comes as 16 other states are considering similar discriminatory measures that expose transgender students to unequal treatment.

Immediately after, reactions poured in from various LGBTQ organizations from across the country.

“Thank you Governor Daugaard for meeting with transgender people to see through their eyes that they are our friends, family, and neighbors, worthy of the same fair treatment and dignity as everyone else. The more people get to know about the real lives of transgender people, the more empathy prevails. All students, including transgender students, should be able to fully participate and have a fair opportunity to thrive in school.”

“We salute Governor Daugaard for meeting with students and listening to the concerns of legal experts and medical professionals about the serious harms caused by denying students equal access to all school programs and activities. School policies should be based on evidence, not irrational stereotypes and fears, and should support the health and well-being of all students.”

Statement by Executive Director of the ACLU of South Dakota Heather Smith:

“Today Governor Daugaard made a symbolic statement that South Dakota’s transgender students are a valued part of the community and that our state leaders won’t be swayed by out-of-state groups that don’t have the interests of South Dakotans at heart. People from across the state and country took time to reach out to the governor to urge this veto that’s the true testament of democracy. There was no place for discrimination in South Dakota when this bill was initially proposed by a handful of legislators, and today the governor confirmed unequivocally that discrimination has no place in our future. Thank you governor, for listening to the collective voices of South Dakotans and voting your values.”

“Governor Daugaard chose to do the right thing and veto this outrageous legislation attacking transgender kids. Today, the voices of fairness and equality prevailed, and these students’ rights and dignity prevailed against overwhelming odds and vicious opponents in the state legislature. Unfortunately, another anti-LGBT bill is still pending in the South Dakota Legislature—and we must keep up the fight to ensure today’s veto holds and this other odious bill never makes it to Governor Daugaard’s desk.”

“Governor Daugaard did the right thing today. He did not allow hate and fear-mongering to dictate state policy, instead he chose to act reasonably and with compassion and demonstrated that equality is a South Dakota value. House Bill 1008 would have served no other purpose than to target transgender young people and worsen the isolation and harassment that many of them already experience.

“We, our sister organizations and advocates all over the country have been watching the state closely and are relieved that Governor Daugaard vetoed this harmful bill. The South Dakota Legislature now needs to stop House Bill 1112, which would exclude all transgender young people from participating in high school sports and activities by tying participation to the sex listed on a young person’s birth certificate, rather than their gender identity. Like House Bill 1008, 1112 singles out transgender young people for discrimination rather than embracing them at a time that they need our support the most.

“While we applaud the Governor’s action today, we know that work remains not only in defeating other hateful, discriminatory laws targeting LGBT people throughout the country, but also in expanding nondiscrimination protections for all members of our community.

“We are so proud of all of the people in South Dakota that made this possible: the American Civil Liberties Union of South Dakota, the Center for Equality in Sioux Falls, and Equality South Dakota, but especially of all the young people who spoke with and shared their experiences with the Governor. Your bravery made this victory possible. Thank you all for all of your hard work and commitment to protecting every member of our community.”

[From a Compilation of Press Releases & Other Sources]