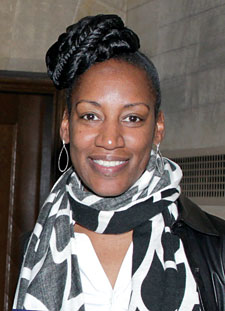 In February, The American Foundation for AIDS Research (amfAR) released a new study entitled “HIV and the Black Community: Do #Black(GAY)lives Matter?” The report’s release was set to coincide with the 15th anniversary of National Black HIV/AIDS Awareness Day, held last month. The study was put together in an attempt to make an impact on a variety of people, from allies to members of the African American community to policymakers.

The report focuses on how the increase in HIV infection rates has been escalating in Black gay men since 1987. In particular, it states that, “if one followed a group of Black gay men from age 20 to 40, one in four would be HIV-positive by age 25, rising to 59 percent of the same group contracting HIV by age 40.”

When The Rainbow Times asked Greg Milliet, amfAR’s vice president and director of public policy, if any particular infection statistic stood out in his mind from the 12-page brief, he said that the historical neglect about the situation was the most shocking part.

“A lot of that can be explained by one word, and it’s the history of homophobia, that our nation has had. When we talk about HIV, the only way to get federal funding for HIV at the very beginning of the epidemic was to democratize it: to say that everybody’s at risk for HIV, even though we know that’s not true. Everyone isn’t at risk for HIV. Everyone has never been at risk for HIV,” explained Milliet. “[This] meant that resources also went to many other populations that were at lower risk or no risk for HIV, whereas funding for prevention and care for gay men never got to the point where it represented to the degree to which they represented that epidemic.”

Boston’s AIDS Action Committee hosts an annual public event to honor National Black HIV/AIDS Awareness Day. This year’s was held February 25 in partnership with the Men’s Health League, part of the Cambridge Health Department, and gave attendees an opportunity to learn from speakers and in an open forum.

“In Massachusetts, the Black community represents 6 percent of the population, but 30 percent of those living with HIV. And, we are seeing an increase particularly in Black gay and bisexual men who have seen a 48 percent increase in the last five or so years in HIV rate,” said Carl Sciortino, executive director of the AIDS Action Committee. “It’s a chance to have a dialogue about the importance of being tested, of knowing your status, so really it all comes back to stigma. People aren’t willing to talk about their sexuality, about their sexual practices, about safer sex, about getting tested, which is true in many communities.”

A variety of different health-based organizations within New England offer services to help combat these statistics. For instance, AIDS Project Rhode Island offers free of charge, quick and anonymous HIV testing twice a week and by appointment. They also provide case management services in a variety of African dialects to better assist African refugees living in the state. Additionally, the nonprofit has a drop-in center in downtown Providence, which has a larger Black population than the overall state.

In western Massachusetts, Baystate Health has a specific HIV/AIDS dedicated Prevention Integrated Counseling Screening Referral-Treatment (PICSR-T) that works to fight rumors about infection transmissions and stigmas through education and testing.

“As African-Americans continue to be disproportionately affected by the HIV/AIDS epidemic, we view every day as National Black HIV/AIDS Awareness Day,” explained Lisa Clinton, program supervisor for HIV/AIDS Prevention & Screening at Baystate Health. “We work continually and collectively in our efforts to maintain education and awareness around HIV/AIDS prevention and increase the number of individuals who are aware of their HIV status. Knowledge is power!”

Currently, amfAR is also paying close attention to HIV in what they see as key populations, like transgender individuals, sex workers and intravenous drugs users. Two new studies on HIV in women domestically and internationally will be released in timing with the National Women’s HIV Awareness Day, March 7.