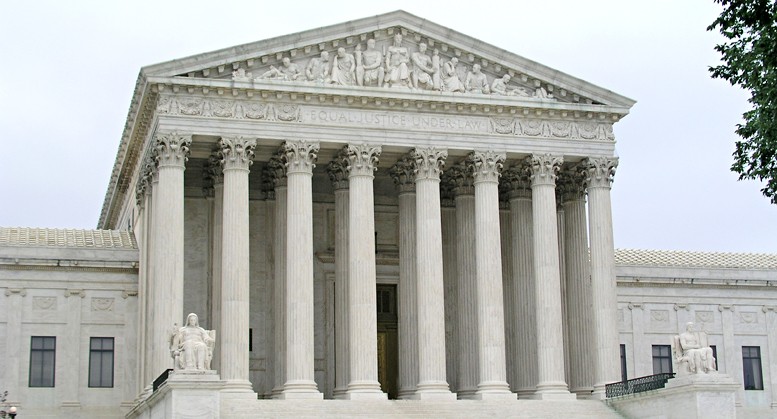 BOSTON, Mass.—The Supreme Court announced that it is sending Gavin Grimm’s case (G.G. v. Gloucester County School Board) back to the Fourth Circuit Court of Appeals to be reconsidered in light of the Departments of Justice and Education rescinding of a Title IX guidance clarifying protections for transgender students.

The ACLU gave the following statement to CNN.

“While we’re disappointed that the Supreme Court will not be hearing Gavin’s case this term, the overwhelming level of support shown for Gavin and trans students by people across the country throughout this process shows that the American people have already moved in the right direction and that the rights of trans people cannot be ignored,” said Joshua Block, an American Civil Liberties Union attorney representing Grimm. “This is a detour, not the end of the road, and we’ll continue to fight for Gavin and other transgender people to ensure that they are treated with the dignity and respect they deserve.”

“MassEquality is disappointed by the Supreme Court’s decision not to hear Gavin Grimm’s case, and we continue to stand in support of Gavin and all transgender youth. We believe everyone deserves access to schools that are safe and provide fair and equal treatment to every student. Many school districts across the country, including in Massachusetts, have had policies protecting transgender students in place for years without incident. Those policies, as well as Title IX, will continue to protect the rights of transgender students despite this action by the Supreme Court and the Trump administration’s withdrawal of Title IX guidance.

“While this decision is unfortunate, we have been pleased to see a groundswell of support for Gavin Grimm from thousands of amici brief signers across the country, including school administrators and educators, major medical associations, national religious leaders and organizations, law enforcement officials, unions, businesses, elected officials—including nearly 200 members of Congress, and more. These statements demonstrate the fact that there is broad support for protecting transgender people from discrimination, and that fairness and equality are strongly held American values.”

Freedom for All Americans Executive Director Matt McTighe also commented on the decision:

“It’s unfortunate that the Supreme Court will no longer have its first opportunity to hear the full story of who transgender Americans are and why their families, friends, neighbors, and coworkers love them. This announcement speaks volumes to the ways that President Trump’s actions are already having devastating consequences for transgender youth across the country. All students, including transgender students, deserve to participate fully and succeed in school, and to feel safe and respected while doing so. We are disappointed in this delay to hear Gavin’s important and urgent experience of having been singled out for discrimination at his school because he is transgender. It has taken tremendous courage for a young transgender boy like Gavin to speak out so publicly. But every day Americans are continuing to grow in their understanding of what it means to be transgender, the work will continue, and fairness will win. We look forward to continuing to support Gavin and the ACLU in their litigation efforts.”

The Supreme Court’s decision to vacate the ruling in favor of Virginia transgender student Gavin Grimm is a giant step backward and a clear and troubling violation of transgender rights. GMHC urges the U.S. Court of Appeals for the 4th Circuit to maintain their original ruling allowing transgender students to use the bathroom that corresponds with the student’s gender identity. We will continue to fight for social justice for the transgender community and to keep public schools safe spaces for all children, regardless of the gender they identify with.

Gay Men’s Health Crisis (GMHC) is the world’s first HIV/AIDS service organization. GMHC is on the front lines providing services to nearly 10,000 people living with and affected by HIV/AIDS. Programs include: testing, prevention, nutrition, legal, supportive housing, mental health and substance use services. GMHC also advocates for stronger public policies at the local, state and federal level with the goal of ending AIDS as an epidemic. For more information, visit www.gmhc.org.