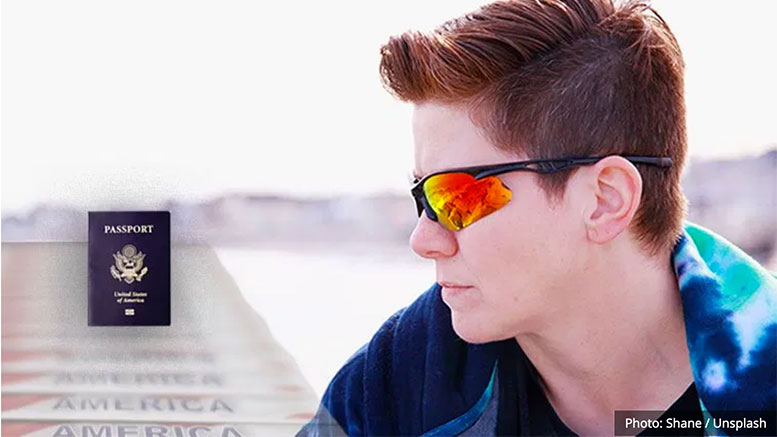 A recent VoaNews report explained that there are hundreds of thousands of transgender Americans that will have trouble casting their votes at the ballot this November. That is the reality for approximately 378,00 eligible trans Americans.

If poll workers are not able to certify their identity, trans, and nonbinary people may not be able to cast their vote, which is why many members of this community are rushing to get their IDs and paperwork ready so that they can vote in an election that could decide transgender rights for generations to come.

That is the reality for an estimated 1 million is the number of transgender people who are eligible to vote in the U.S., reports the Williams Institute at the UCLA School of Law. Another fact is that for the November 2020 general election, over 378,000 voting-eligible transgender people do not have IDs that reflect their correct name and/or gender. As such, they may face barriers to voting due to voter registration requirements and voter ID laws, including 81,000 who could face disenfranchisement in strict photo ID states.

This segment of the electorate and our community won’t be able to vote if poll workers are not able to certify their identity, and due to that, some transgender voters are rushing to get their “new identification documents before Election Day,” according to the story by VoaNews.

Even though it is a constitutional right, voting for most Americans has never been an equal process. Marginalized Americans have been kept out of the voting process over the United States’s history—whether it is through laws that explicitly bar participation due to race, gender, or disability or through systemic factors that disproportionately make voting more difficult for marginalized groups.

During a time when transgender issues such as healthcare discrimination and access to public accommodations have become a visible and often contentious part of politics, transgender Americans face unique struggles that negatively impact turn-out and make it harder for them to be heard in the democratic process. Below are a few areas that serve as obstacles for transgender voters.

While there are many challenges in place that can make it harder for transgender Americans to vote, organizations like the National Center for Transgender Equality have programs such as Transform The Vote that can help transgender Americans prepare for the election and safely exercise their right. Below are some helpful tips for trans Americans seeking to vote in the coming election, followed by some issues that trans people face at the polling place.

What Trans Voters Can Do

1) Bring your state ID with you, especially if you live in a state that requires ID to vote. On the safe side, also bring your voter registration card and a utility bill that clearly shows your registered address as a back-up.

2) Print out or save on your mobile device the Transform The Vote #VotingWhileTrans Guide from this link. (There’s a Spanish version too!) Direct poll workers to the “Information for Poll Workers and Election Officials” section of this document if questioned by poll workers.

3) Remember that minor discrepancies such as gender marker, clothing, makeup, or hairstyle are not a valid reason to deny a regular ballot. As long as one is recognizable as the person on the ID, it is valid for voting purposes.

4) If you are blocked from voting despite following the first three steps, look for a volunteer attorney at the polling place who may be able to help or call NCTE’s election protection hotline at 866-687-8683 (866-OUR-VOTE).

5) If you are still not allowed to vote with a regular ballot, request a provisional ballot. Make sure to ask for follow-up instructions and know that you typically will have to return within a few days to prove your identity in order for your ballot to be counted. If you need additional assistance, you can call the hotline at 866-687-8683.

SOME STRUGGLES OF VOTING WHILE TRANS

Voter ID laws and their implementation are a big hurdle for the over 1.4 million Americans who identify as transgender. Voice of America reported that an estimated 260,000 transgender people without IDs live in one of 35 states that require voters to show photo identification before they can vote.

Many other transgender Americans have out-of-date IDs that have pictures, names, and gender markers that are inconsistent with how they identify and present on a daily basis. Without up-to-date identification or any ID at all, hundreds of thousands of trans Americans would be turned away at the polls or disincentivized from turning out in the first place. While it may seem like getting an ID is a simple solution to the problem, there are additional hurdles. Even before the pandemic, different states have expensive requirements for changing the name and gender marker on a person’s ID.

Legal name changes can cost up to $500 for processing fees and may require certification from doctors or assistance from attorneys depending on the state. According to the Transgender Law Center, 18 states explicitly require trans individuals to undergo gender confirmation surgery to update birth certificates and a handful of other states have less clear language around gender marker changes. A couple of states like Ohio and Tennessee do not allow for transition-related changes to the birth certificate at all.

DMVs across the United States have also implemented new protocols in response to the pandemic such as requiring appointments. These changes may make it safer for their staff to continue working but they also make the tedious process longer and can mean that an individual can’t get their IDs in time for voting.

Transgender individuals are more likely to report that they are unable to work due to factors such as disability, poor health, and lack of transportation. Some of these barriers that prevent trans people from getting employment also make it difficult for them to find, get to, and use polling places to exercise their rights. The pandemic additionally makes various steps in the voting process such as navigating their town or city to their polling place, waiting in line, and being in close proximity with others disincentivizing or even risky for many transgender Americans.

It can be especially difficult for transgender Americans who have disabilities, who not only need adaptive technology that is not always available or prepared at a polling place but must face the mentioned trans-related obstacles in voting.

DISCRIMINATION AT THE POLLS

Even if a trans person were to have all their ducks in a row, discrimination at the polls can still occur. Apart from the possibility of having one’s identification rejected because the information and image on the card do not match how a trans person appears in person, individual workers or fellow voters may possess anti-transgender prejudice and act upon that to discriminate or harass trans people away from voting. This can take the form of asking invasive questions about one’s transition or medical history (which one is not required to share in order to vote)

Read the rest of this story at Trans Headlines.