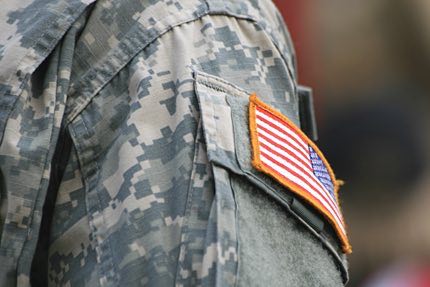 The veterans named in Wednesday’s winning decisions have distinguished military careers.  Walker has over 25 years of military service experience, serving in various capacities as a Military Police Officer, Special Reaction Team Commander and within the United States Army Recruiting Command. Young served as media officer for NORAD and USNORTHCOM. He was also a signal NCO at Fort Polk, Louisiana and at an attack helicopter brigade in Germany. Neira graduated with distinction from the United States Naval Academy, qualified as a Surface Warfare Officer and served in mine warfare combat during Operation Desert Storm.

Neira’s win marks the first time the Navy has issued new paperwork for a transgender veteran, and the Army decisions follow a similar victory, earlier this year, for Army veterans in New Jersey. The Air Force also issued corrected paperwork in the past, as noted in a Military Law Working Group report issued by The LGBT Bar in 2013. That report also outlines the legal arguments used successfully in The Bar’s three cases, as well as the earlier victories in New Jersey.

Kemnitz called on the Department of Defense to follow the recent victories with a policy directive making such decisions routine. Despite the recent wins, there is no known written policy outlining that such requests by other veterans also be granted.

“It is imperative that DoD ensure all veterans will have the ability to obtain new DD-214 paperwork,” Kemnitz said. “The best way to make today’s victory permanent and meaningful is to issue a directive making it official DoD policy.”

A copy of Wednesday’s decisions, along with The LGBT Bar’s Military Law Working Group report on DD-214 guidelines for transgender veterans, is available online at LGBTBar.org.

Survey: Majority of Americans Back Up Open Transgender Military Service