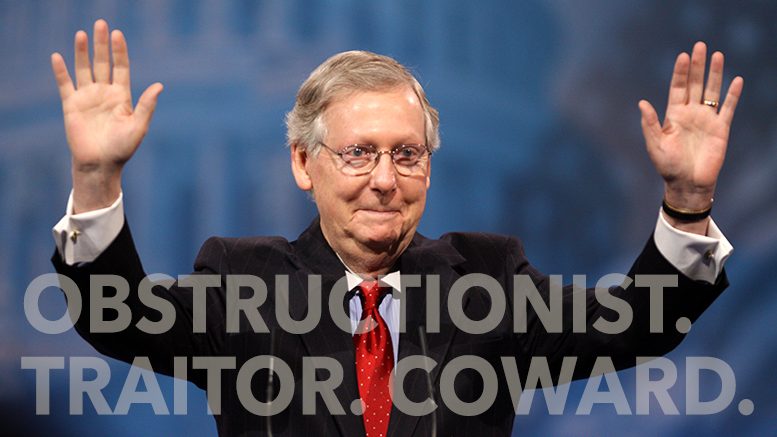 Opinion: Vote by the Senate Helps Trump Get Back Into Office; Can the Broken System Be Fixed?

In yet the biggest act of insurrection and sedition in American history, most of the GOP Senators acquitted Trump a second time, despite acknowledging that Trump was to blame for the act of sedition and domestic terror that took place on January 6. The Trump mob’s actions dealt a lethal blow to democracy and the Republic that day—took the lives of Capitol Police Officer Brian Sicknick and 4 other people, and injured more than 140. Today, the Trump cultists Senators followed up the January attack with yet another blow to our country, one that didn’t require guns, bombs, or violent acts, but one that could change America forever—especially since Trump has been vocal about attempting a run for the White House again in 2024. Many experts have stated that such a situation, having the same seditious person back in power, could potentially end American democracy, as we know it. Forty-three other Senators just enabled him to do just that while sending a clear message to the rest of the country that someone with power and “money” can be the mastermind of a criminal act and yet only the little people pay for it—heroes and traitors accounted for.

The GOP Senators who voted to acquit not only disregarded actual video footage and heinous evidence but also sent a direct message to the American lives taken in the Trump Capitol insurrection, telling them “You aren’t important to us. It’s too bad that you died, but the person who directly sent you to do this isn’t culpable.”

Using excuses to minimize his responsibility and explain his stab in America’s back and his vote against democracy, Minority Leader Mitch McConnell (R-Ky.) cowardly voted today to acquit the man that he later said was “responsible” for what took place during the Capitol riot.

“There is no question — none — that President Trump is practically and morally responsible for provoking the events of the day,” McConnell said after his vote. “The people that stormed this building believed they were acting on the wishes and instructions of their president. And having that belief was a foreseeable consequence of the growing crescendo of false statements, conspiracy theories, and reckless hyperbole.” 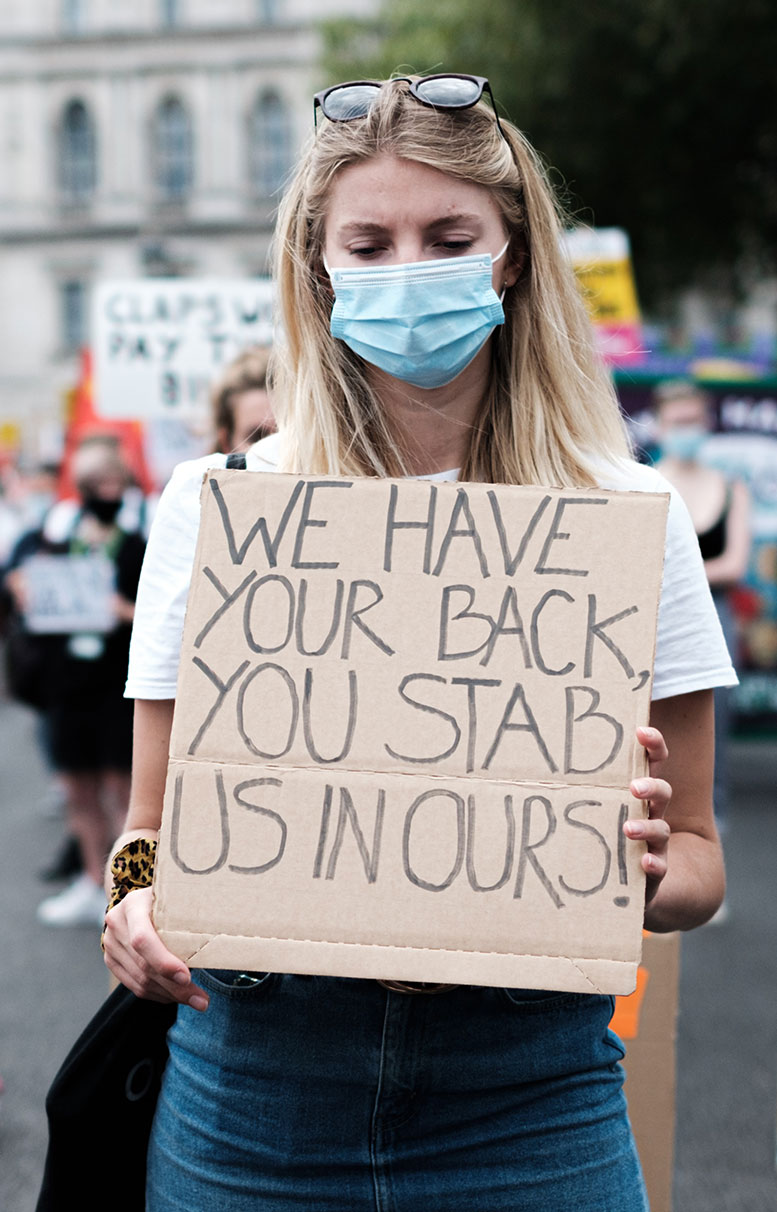 Stating that impeachment should be used for a sitting president, not one that wasn’t in power, McConnell tried to explain his treasonous role in the actions prior to it—not acknowledging Pres. Biden’s legal win, siding with Trump all through it until the Capitol riot—that also incited the Trump cult, yet he is the GOPer who did not call the Senate back into session (when he was still the Majority Leader) to start the trial as swiftly as the bipartisan House did when they worked overtime to impeach Trump, while Trump was still in office.

A week after the insurrection, the Democratic-led House impeached Trump in a swift bipartisan effort. They tried to send the bill to the Senate just as swiftly, but Mitch McConnell refused to hear it then and waited on purpose, said Nancy Pelosi in a live televised interview.

The other insurrectionists that were not directly chanting, hurting police, ransacking offices, or making threats against the former Vice-President and the Speaker of the House, were complicit and incited—in one way or another—the seditious acts in the Capitol that day. They did not defend the nation as they swore to do, but rather took a direct role in protecting, aiding, and abetting Trump, his cult, and lawyers. They are Tom Cotton, Josh Hawley, Ted Cruz, Lindsey Graham, Marjorie Taylor Greene, Rand Paul and Mitch McConnell, and others.

Cruz (R-Texas) was not paying attention to the trial or what the mob did, but rather sending a UK transphobic tweet at one point. Paul (R-Ky.) played on his iPad, and the other Republicans were seen not paying attention to the insurrection details as captured by the Capitol surveillance, not the Democrats. But to these GOP Senators, it is all the same, they represent Trump and his cult and somehow they feel empowered and protected by them. That is anti-American. That is something for which any American citizen would rot in jail; but not something that those who apparently are above the law are concerned about in any way.

Many have reported that the democracy that has been key to American law and affairs and that has elevated its placement in world affairs has eroded in the eyes of the world. This acquittal further supports that message and tarnishes that former superpower view and placement America has held. Thank Trump, his GOP supporters, and his cult for it. It’s time to take America’s future into our hands, change the laws that allow treasonous Senators to serve (by immediately expelling them from office); halt or change the current laws and articles that allow Presidents and members of Congress to get away with unlawful acts, to include terrorism, abuse of power, corporate knowledge of the market to be used to keep the rich richer, etc., etc., etc. We must not let them get away with the malfeasance that they have indulged themselves into, just because they “can” or because there is a loophole to abuse and exploit.

And, let’s work and ensure the safety and protection of the 7 GOP Senators who voted along with Democrats to convict Trump. They are: Richard Burr (R-NC), Bill Cassidy (R-Louis.), Susan Collins (R-Maine), Mitt Romney (R-Utah), Lisa Murkowski (Alaska), Pat Toomey (Penn.), and Ben Sasse (Nebraska). The final vote was 43 not guilty while 57 voted to convict Trump—falling short by ten votes to convict with a required two-thirds majority. Although it is the most bipartisan impeachment vote ever, it wasn’t enough because only 7 Republicans were brave enough and heroes today, who put their lives on the line for democracy. Let’s remember that too when history is written about this dark period in the U.S. And let’s not forget about the other 43 and their excuses to betray America and the lives of American police officers, like Officer Sicknick and other heroes that day, and the lives of many others that have died, and continue to die, under Trump and their complicit actions.

I have seen more people of color and members of marginalized groups defend America than many white cisgender people have—because if you’re not with America, you’re against it and that makes you a traitor to the Republic, that is not “one nation” nor “under God” and much less with “liberty and justice for all” but rather for the few that amass the means to move the chess pieces on the board. We are not peons. Let’s retake our country from fascists, white terrorists, and traitors. #Resist #RetakeAmerica #EndTheGOP #SafeGuardTheHeroes