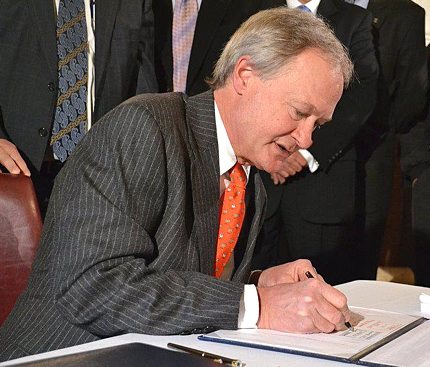 Gov. Lincoln Chafee to immediately sign the bill at historic ceremony on steps of State Capitol

WASHINGTON – Yesterday the Rhode Island state House passed marriage equality legislation, putting the Ocean State on track to become the tenth state in America where gay and lesbian couples can legally marry.  The legislation, which passed with bipartisan support, will be signed into law by Gov. Lincoln Chafee later today in a historic signing ceremony on the steps of the Rhode Island State House.

“The unprecedented momentum for marriage across the country continues, with Rhode Island becoming the first state of 2013 to say yes to marriage equality,” said Human Rights Campaign (HRC) president Chad Griffin.  “As the Supreme Court deliberates the fundamental right to marry the person you love, these historic and bipartisan victories keep mounting and prove the country is ready for marriage equality.” [pullquote]“For several years HRC has been a true partner in Rhode Island’s efforts to win marriage equality in the Ocean State,” said Rhode Islanders United for Marriage campaign manager Ray Sullivan.[/pullquote]

The House passed a modified version of legislation it had previously passed in January, which was then amended and passed by the Senate last week. Same-sex couples in Rhode Island can begin applying for marriage licenses August 1, 2013.

The nation’s largest LGBT civil rights organization, HRC has been an integral financial and strategic player in winning marriage in each of the ten states and DC. In Rhode Island, HRC has provided significant financial investment and technical resources over many years to amplify the historic grassroots effort of the Rhode Islanders United for Marriage coalition.