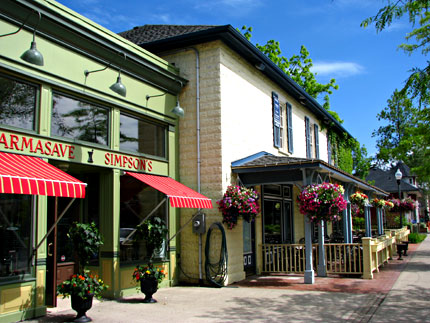 By: Andrew Collins*/Special to TRT—

The annual Gay Pride celebration in Toronto has long been one of the biggest, boldest and best-attended around, but in 2014, get ready for the city’s greatest festival yet: the annual WorldPride, which moves to a different city each year, taking place concurrently with Toronto Pride. For 10 days this summer, from June 20 through June 29, WorldPride will dominate the city’s famed Church Street Gay Village. Adding the buzz is the fact that this year marks the first time that WorldPride takes place in a North American city.

If you’re in town for WorldPride, you’ll surely experience Toronto’s lively, naughty and nice Church Street Gay Village. It’s one of the largest and most centrally located LGBT business and entertainment districts on the globe, with dozens of bars, restaurants, shops and other establishments catering enthusiastically to the community.

But, of course, there’s far more to both Toronto (www.seetorontonow.com/toronto-diversity) and surrounding Ontario (www.ontariotravel.net) than all the good fun you’ll discover on or near Church Street. Here’s a look at some cool neighborhoods elsewhere in Toronto as well as a few enchanting vacation spots within an easy drive that would make for charming pre- or post-Pride overnight getaways.

In summer, Torontonians venture en masse to the small archipelago located just offshore from downtown and known as the Toronto Islands (www.torontoislands.org). Among the many lovely spots for sunning and socializing on the islands, Hanlan’s Point Beach has the most ardent following among LGBT folks – it’s an officially clothing-optional beach that faces the lake and is quite well-kept and picturesque. You can easily reach the beach via a frequently scheduled ferry service (the ride takes 15 minutes, costs $7 round-trip, and affords passengers magnificent views of the city skyline – boats leave downtown from the foot of Bay Street, at Queens Quay). [pullquote]The 10-day event will include concerts by a slew of A-listers, including Tegan and Sara, Chely Wright, Melissa Etheridge, Deborah Cox, Martha Wash and superstar DJs David Morales and Quentin Harris (expect the lineup to continue evolving between now and the big week).[/pullquote]

Consider bringing a picnic lunch with you to Hanlan’s Point, as amenities are minimal. However, you can also stroll along a paved trail to Centre Island, which contains all sorts of amusements, restaurants and other things to see and do – from here there’s also separate ferry service back to Toronto, if you’d rather not hoof it back to Hanlan’s Point.

Toronto’s most colorful ethnic neighborhoods lie west of downtown, where the hipster-factor is also highest. Walk along Queen Street West to experience the heart of the city’s alternative culture – you’ll find everything from offbeat antiques stores to vintage clothing boutiques to shops specializing in witchcraft to divey tattoo parlors. Farther west, Queen Street intersects with yet another strip of trendy, hipster-infested bars, cafes and shops, Ossington Avenue, which is definitely worth a tour.

Up until the middle of the 20th century, Toronto endured a reputation as a hard-working, earnest, but rather dull metropolis. The incisive writer Jan Morris once described it as “a small provincial city of almost absurdly British character.” A walk through the many bustling ethnic neighborhoods, around the vibrant Gay Village, and past the quirky, counter-cultural businesses along Queen Street West reveal just how dramatically times have changed.

Niagara-on-the-Lake and the Shaw Festival

It’s about a 90-minute drive around the southwestern edge of Lake Ontario to reach one of Canada’s most celebrated winemaking regions and most charming historic colonial towns, Niagara-on-the-lake (niagaraonthelake.com), which is also a gateway for exploring Niagara Falls, just 15 miles to the south. Famous for its early military history (the town was a key setting of the War of 1812), the town is home to several battlefields and related sites as well as the excellent RiverBrink Art Museum, and a compact, pedestrian-friendly downtown abounding with gay-friendly country inns and B&Bs, sophisticated restaurants with shaded courtyards and patios, and the prestigious Shaw Festival (shawfest.com), which presents a mix of works by the iconic 19th-century playwright George Bernard Shaw along with plays by other notables (both Cabaret and lesser-known Tennessee Williams play A Lovely Sunday for Creve Coeurare scheduled during the summer 2014 season) in four theaters.

More than two-dozen wineries are set throughout the Niagara-on-the-Lake region – you can view a full list here: wineriesofniagaraonthelake.com. Most have tasting rooms and some present concerts or other entertainment, especially during the summer months. The wine culture here has contributed to a superb dining scene, with many chefs in these parts sourcing locally and organically and turning out first-rate contemporary cuisine.

In some ways the aesthetic and pace of Niagara Falls (www.niagarafalls.ca), a small city of about 82,000, is the antithesis of Niagara-on-the-Lake, which is relatively quiet and quaint. Downtown Niagara Falls buzzes with souvenir shops and touristy diversions, and, of course, the community is beset all year long, and especially during the busy summer months, by visitors here to view the three immense waterfalls that cross the U.S.-Canadian international border: Horseshoe Falls (the largest, with a drop of 173 feet), American Falls and Bridal Veil Falls.

Stratford and the Shakespeare Festival

A mecca for theater aficionados, anchoring a largely agrarian swath of southwestern Ontario, the friendly Canadian town of Stratford (www.stratfordcanada.ca) also abounds with art galleries and boutiques, cafes and romantic inns and B&Bs. The community, which is named for the town in England most associated with William Shakespeare, is famous for its theaters – the Avon, Studio, Tom Patterson and Festival – which present a mix of Shakespearian works and classics by both established and emerging playwrights during its April through October Shakespeare Festival (stratfordfestival.ca) season. You can also attend some great music concerts during the summer months. Just a 90-minute drive from Toronto, this spirited community is a must-see for anyone with a genuine love of the performing arts.

Canada’s national capital, Ottawa (www.ottawatourism.ca), is a bit farther from Toronto than some of the other places mentioned here – it’s a 4.5- to 5-hour drive. But this city of about 825,000 contains enough notable attractions and diverting neighborhoods to be worth a visit of at least a couple of days and ideally three or four. Also, it’s a handy stopover en route to Montreal, which is roughly another two hours east. Keep in mind as well that Ottawa hosts its own well-attended Pride festival in mid to late August.

Downtown Ottawa and its regal government buildings occupy a high bluff looking over the Ottawa River – the picturesque Rideau Canal extends south through the city and is a lovely place for a summer stroll. Neighborhoods of note close to downtown include a compact but lively Gay Village along Bank Street, a hip and bustling dining and entertainment precinct called Byward Market (there’s even a great gay nightspot, Lookout Bar), and – a bit farther afield – the quirky and artsy Glebe neighborhood, which abounds with cafes, galleries, and retail establishments.

Top attractions in Ottawa include Parliament Hill, with its grand government buildings, most of them dating back to the mid-19th century; be sure to ascend the 300-foot-tall Peace Tower for stunning views of the city and surrounding countryside. The Canadian Museum of Civilization, National Gallery of Canada, Rideau Canal National Historic Site and Canada’s National Arts Centre are also all well worth budgeting time for.

*Andrew Collins covers gay travel for the New York Times-owned website About.com and is the author of Fodor’s Gay Guide to the USA. He can be reached care of this publication or at OutofTown@qsyndicate.com.