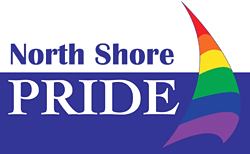 SALEM, Mass. — More than 80 nonprofits, local businesses, faith groups, and community organizations are set to participate in the second annual North Shore Pride Parade and Festival, taking place Saturday, June 29, 2013 in Salem. This is a celebration for the entire North Shore community of lesbian, gay, bisexual and transgender (LGBT) people, straight allies, individuals and families. All are welcome to attend this day-long event celebrating unity in the community.

Following the parade the community will gather on the Salem Common for a festival where organizations, vendors and entertainers will provide information, networking and shopping throughout the day. Vaudeville performer Johnny Blazes will return as the fantastic MC, for the North Shore Pride Festival as well as perform with hir band Johnny Blazes and the Pretty Boys. North Shore Pride, Inc. is honored that our headliner for this day long festival will be Chelsea Berry, a young singer/songwriter with incredible edge, power, and finesse. Chelsea was born and raised in Alaska and now resides on the North Shore. Chelsea has opened for such greats as Chris Isaak, Livingston Taylor, Chris Smither, Cheryl Wheeler and Marshall Crenshaw and we are excited that she is joining with North Shore Pride this year.

Following the festival revelers are invited to attend the free official North Shore Pride after party at Murphy’s Pub at 300 Derby Street, Salem. Murphy’s is a long time supporter of the North Shore LGBT community and North Shore Pride is excited to offer a night long celebration of dancing at this large venue that offers great atmosphere and dancing all night long.

North Shore Pride, Inc is a not-for-profit organization whose mission is to promote the general welfare, and enhance the social life of the gay, lesbian, bisexual and transgender (LGBT) community of the North Shore, and to promote the acceptance of the members of this community by the broader North Shore community. To carry out these purposes, the organization will engage in activities designed to promote greater understanding of LGBT issues, educate the members of the LGBT community on issues of importance to them and engage in fundraising activities, partnering with individuals and organizations, in furtherance of its stated purpose.