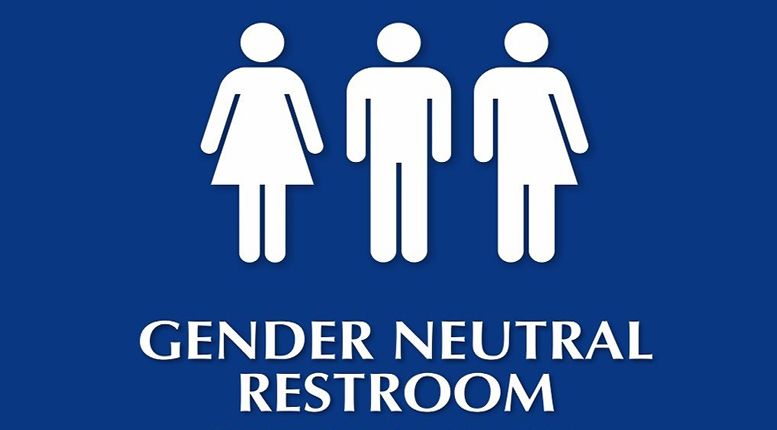 In this polarized political climate, a majority of Americans state they oppose measures that erode civil rights for LGBT people:

Despite these majority views, Americans still face a slightly wider division on legislation to restrict access to bathrooms for transgender Americans by requiring individuals to use the bathroom that corresponds to their sex at birth, rather than their true gender identity. When asked about so-called “bathroom bills” in May 2016, 49% of all adults expressed support—however in January 2017, that support has reached 54% of Americans, with 46% of adults opposing these bills.

Nonetheless, over 6 in 10 Americans (63%) agree that all public buildings should be required to offer a single-user or gender non-specific bathroom. Americans slightly favor the federal government (39%) over state governments (36%) in deciding bathroom access, while 22% are not sure at all.

These are some of the results of The Harris Poll® of 2,192 U.S. adults ages 18+ surveyed online between January 9 and 11, 2017. Complete results of this study can be found here.

Americans Weigh Effective Responses
When Americans are asked how effective various tactics might be in overturning or preventing passage of these kinds of laws that restrict LGBT rights, several options are believed to be very or somewhat effective:

“In state after state, we see echoes of a national struggle that roiled North Carolina last year,” said Bob Witeck, business strategist and President of Witeck Communications. “Facing similar issues this year, Texas business leaders now estimate a loss of $8.5 billion in GDP as well as 185,000 jobs lost if discriminatory legislation is enacted. These findings make clear that Americans are especially mindful of the economic and social consequences of these decisions.”

Methodology
This Harris Poll was conducted online within the United States between January 9 and 11, 2017 among 2,192 adults (aged 18 and over). Figures for age, sex, race/ethnicity, education, region and household income were weighted where necessary to bring them into line with their actual proportions in the population. Propensity score weighting was also used to adjust for respondents’ propensity to be online.

All sample surveys and polls, whether or not they use probability sampling, are subject to multiple sources of error which are most often not possible to quantify or estimate, including sampling error, coverage error, error associated with nonresponse, error associated with question wording and response options, and post-survey weighting and adjustments. Therefore, The Harris Poll avoids the words “margin of error” as they are misleading. All that can be calculated are different possible sampling errors with different probabilities for pure, unweighted, random samples with 100% response rates. These are only theoretical because no published polls come close to this ideal.

About The Harris Poll®
Begun in 1963, The Harris Poll is one of the longest running surveys measuring public opinion in the U.S. and is highly regarded throughout the world. The nationally representative polls, conducted primarily online, measure the knowledge, opinions, behaviors and motivations of the general public. New and trended polls on a wide variety of subjects including politics, the economy, healthcare, foreign affairs, science and technology, sports and entertainment, and lifestyles are published weekly. For more information, or to see other recent polls, please visit our new website, TheHarrisPoll.com.