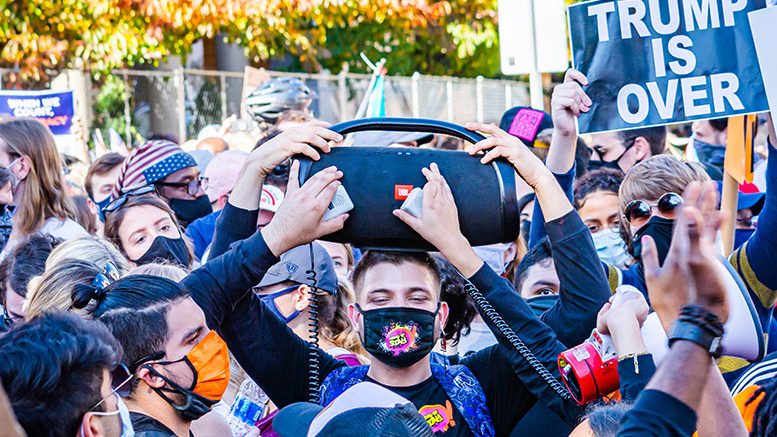 The Movement Advancement Project, along with the Center for American Progress, Equality Federation, GLSEN, National Center for Transgender Equality, and SAGE, released a list of actions the Biden administration can take immediately after taking office in January to support LGBTQ people and their families. The groups also outlined longer-term priorities and legislative opportunities, including passing the Equality Act.

LGBTQ people have been under attack from the federal government for the last four years, as have too many other communities. The new Biden administration presents many opportunities for rebuilding and expanding our nation’s commitment to equality for LGBTQ people and our families.

Read the full details of 10 ways the Biden administration can support LGBTQ people during week one in office.

The incoming Biden administration presents additional opportunities to support LGBTQ people. Some of these will require coordination across federal agencies, and others will require Congressional approval.

In particular, the Biden administration should ensure robust enforcement of federal civil rights protections. Additionally, the administration should improve access to accurate identity documents for transgender and nonbinary people by working across federal agencies to streamline the processes for obtaining updated social security and passport identification documents. Identity documents should include a third sex marker for nonbinary people.

Priority legislation that the Biden administration must work with Congress to pass include:

Read the full details of 10 ways the Biden administration can support LGBTQ people during week one in office.

LGBTQ people and our families across the country should be able to live our lives free from discrimination or violence, and without barriers based on who we are or who we love. By enacting these policy measures, the Biden administration can begin to undo some of the harms of the last four years and chart a path forward that is based in equality and fairness for all.

About MAP: MAP’s mission is to provide independent and rigorous research, insight, and communications that help speed equality and opportunity for all. MAP works to ensure that all people have a fair chance to pursue health and happiness, earn a living, take care of the ones they love, be safe in their communities, and participate in civic life.