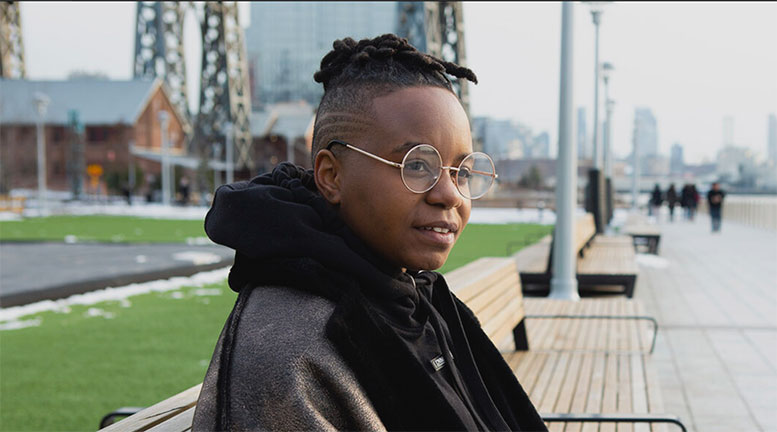 BOSTON—Black and Pink Massachusetts is excited to announce that it has authored several new bills filed in the Massachusetts State House that would address some of the most pressing criminal justice issues faced by the LGBTQI+ community.

“We’re interested in moving past conversations about equality or equal protection under the law. We want to dig into work that shifts power and resources back to the people while reducing our reliance on punishment, police, and prisons,” said Elijah Patterson, outreach and communications coordinator for the organization.

In February, New York repealed the “Walking While Trans Ban,” otherwise known as soliciting for the purposes of prostitution. It earned its name because transgender people were routinely profiled and targeted for everyday acts like waiting for the bus or walking under a bridge. In response, Senator Cyr and Rep Miranda filed An Act to Stop Profiling Transgender and Low Income Women which would repeal the Massachusetts corollary.  An Act to Promote the Health and Safety of People in the Sex Trade, filed by Rep Sabadosa, goes one step further by decriminalizing solicitation as well as the buying and selling of sex between consenting adults. Both bills are tied to the DecrimMA coalition, co-lead by Black and Pink Massachusetts and Whose Corner Is It Anyway, a group of self-organizing street-based sex workers.

LGBTQI+ people, especially transgender, gender diverse, and BIPOC people, face barriers to employment. As a result, rates of poverty are much higher in these populations than in the general population. Many rely on “survival economies” like sex work to provide for provide basic necessities like food and housing.

“We support the DecrimMA movement, as it calls for the dismantling of systemic oppressions often placed on Transgender and Gender Non-Conforming individuals and the eradication of disproportionate mass incarceration, especially for people of color,” said Chastity Bowick, executive director of the Transgender Emergency Fund. “A major portion of our staff and the agency’s constituency have a current or former experience with sex work and they know all too well the damage that criminalization of sex work has caused to the transgender community.”

A 2015 report from the National Center for Transgender Equality found that nearly 11 percent of transgender and gender diverse people had traded sex for a fee at some point in their lives, while 40 percent of Black and multiracial transgender and gender diverse people, who also have to contend with racism in addition to transphobia, had done so. Criminalizing sex work pushes sex workers further underground where they are more likely to experience violence and sex trafficking. Decriminalization would reduce society’s reliance on police, reduce new HIV infections, and allow sex workers an opportunity to secure labor rights. If passed, Massachusetts would be a leader in the nation for sex worker rights.

The third proposed law would go far to reduce sexual, physical, and emotional abuse experienced by LGBTQI+ prisoners. The RIGHTS Act was drafted with significant input from people who are currently incarcerated. Provisions include enhanced procedures for cell-matching, reduced use of solitary confinement, voluntary self-help groups, and increased data collection. In addition, this bill would reduce barriers to accessing medications that treat or prevent HIV infection.

The bill was filed by State Sen. Julian Cyr and State Rep. Jack Patrick Lewis, who are familiar with issues that impact LGBTQI+ people and those living with HIV in our prisons and jails. “It is an honor to be working together on legislation to combat the homophobia and transphobia embedded in our culture of incarceration. Incarcerated people who are LGBTQI+ or are living with HIV have the right to be safe and healthy, and this legislation is a vital step in the Commonwealth truly respecting those rights,” says State Rep Lewis.

“Too often, the justice system can be unsparingly cruel to incarcerated people — and if you identify as LGBTQI+, your experience is likely to be even worse,” said Sen. Julian Cyr. “Imagine the possibility of being housed with someone who knowingly espouses homophobic or transphobic beliefs and potentially wants to harm you, or of being denied life-prolonging medication on the whim of a guard without recourse. With this new bill, we’re looking to untangle the conditions that have allowed for genuine human rights abuses in the Commonwealth’s correctional system for far too long.”

Finally, Rep. Lewis and Sen. Cyr worked with Black and Pink Massachusetts to file a fourth bill to repeal archaic laws that criminalize sodomy. An Act Repealing Homophobic and Transphobic Laws would remove these laws from the books. While these laws are not used against LGBTQI+ people anymore, their presence in Massachusetts law means that they can still potentially be used by prosecutors in cases of consensual sex between a 17-year old young man and an older adult.

“It’s simple. We’re looking for big solutions to structural problems that impact our community. By all metrics, the criminal legal system is a failed enterprise that produces wholesale misery and devastates marginalized communities,” said Black and Pink MA Executive Director Michael Cox. “We’d be living in a very different Commonwealth if we invested just half of the money we spend on incarceration for education, housing, healthcare, and harm reduction. The surest path to public safety is ensuring that everyone has a place to live, food on their table, and access to health care, and proven harm reduction strategies. That’s what we’ve always fought for, and we invite everyone who cares about social justice to join us.”