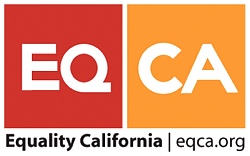 “Women’s issues once again are at the forefront of national debate. AB 2356 ensures that all women have equal access to fertility services,” said Assemblymember Skinner. “I am grateful Governor Brown signed legislation that will eliminate barriers LGBT and single women confront when seeking to conceive.”

“The decisions regarding building a family are a core freedom in California. Same-sex couples have faced many barriers in forming families, including unequal access to fertility healthcare,” said Clarissa Filgioun, Equality California Board President. “This unequal treatment has, heartbreakingly, denied many couples the opportunity to conceive a child of their own. Signing AB 2356 works to remedy that disparity, putting the joy of having a child and building a family within the reach of all loving families. We thank Assemblymember Skinner for her leadership on this bill and Governor Brown for removing one more barrier to a state of equality.”

Said NCLR Family Protection Project Director Cathy Sakimura: “This law allows doctors and providers to provide services that are currently only available to different-sex couples to people using known donors. Many intended parents who would not otherwise be able to afford any fertility services will be able to access safer and more effective procedures under this new law. We applaud the Governor and the Legislature for recognizing that same-sex couples, transgender people, and single women should have equal access to fertility services.”

Increasingly, same-sex couples and single women are asking trusted friends to be donors to help them conceive a child. With this signing, women who seek fertility services with a known donor who is not their partner are no longer subject to time-consuming and costly repeat testing that decreases the chance of successful conception. Now women who have unsuccessfully attempted to conceive at home with a known donor have access the same fertility services available to different-sex couples. The law will go into effect on January 1, 2013.

Equality California (EQCA) is the largest statewide lesbian, gay, bisexual, and transgender advocacy organization in California. Over the past decade, Equality California has strategically moved California from a state with extremely limited legal protections for lesbian, gay, bisexual and transgender people to a state with some of the most comprehensive protections in the nation. Equality California has partnered with legislators to successfully sponsor more than 85 pieces of pro-equality legislation. EQCA continues to advance equality through legislative advocacy, electoral work, public education and community empowerment. www.EQCA.org

The National Center for Lesbian Rights is a national legal organization committed to advancing the human and civil rights of the lesbian, gay, bisexual, and transgender community through litigation, public policy advocacy, and public education. www.NCLRights.org