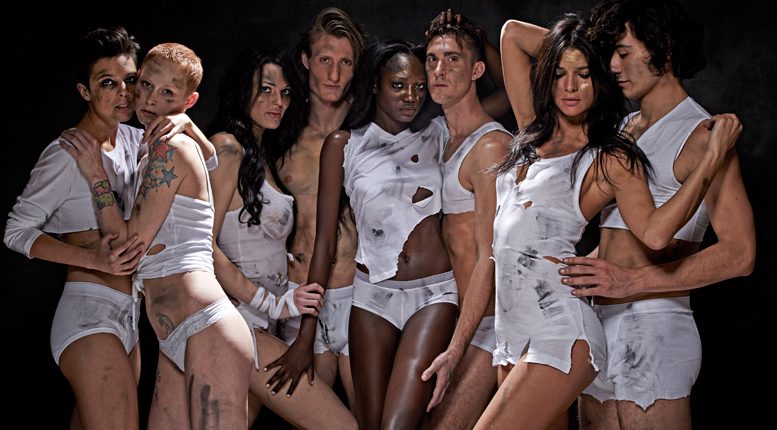 climACTS! Underground by the Theater Offensive: OUT in Your Neighborhood
Photo: Joel Benjamin

BOSTON—The Theater Offensive takes its annual event down below this year in what promises to be the grittiest glammed-out underground party in Boston. climACTS! Underground will feature an array of unique, stimulating performances, an auction full of surprises with David Brown, and a party unlike anything you’ve seen.

Join our co-chairs Ricardo Rodriguez, Suhail Kwatra, and hundreds of guests as we entertain your curiosity through a series of immersive performances. Cuban-American dance theater artist Octavio Campos returns as this year’s headlining act, which promises performances that wow and excite.

During the event, Abe Rybeck, TTO’s Founder and Executive Artist Director, will present the OUT on the Edge Award to the Five Lesbian Brothers.  The Brothers—Maureen Angelos, Babs Davy, Dominique Dibbell, Peg Healey and Lisa Kron —are all groundbreaking artists from the downtown feminist theater scene of the ‘80s who came together at the WOW (Women’s One World) Café. The OUT on the Edge award is given to artists for inspiring OUTness and bridging OUT art to their community, highlighting the diversity and unique perspective of queer art. This award will also celebrate Lisa Kron’s Tony-winning success as co-creator of Broadway’s 2015 Best Musical Fun Home.

TTO first worked with the Five Lesbian Brothers on their inaugural touring show Brave Smiles. TTO also went on to present the Brothers in Brides of the Moon and co-commissioned and helped develop the Brothers’ off-Broadway hit Oedipus at Palm Springs, which they later presented in Boston.

“I like to think of us at Theater Offensive as the sisters of the Brothers,” said Rybeck. “In some ways we grew up together, so it’s really meaningful for us to be able to honor them and their work. And I hope I’ll get to lick a Tony.”

ClimACTS!Underground is presented by The Theater Offensive: OUT in Your Neighborhood. The event will take place on Thursday, April 28, from 6 to 11 p.m. (6-7:30 p.m. VIP/Sponsors’ Reception; General Admission at 7:30 p.m.) at the Icon Nightclub, 100 Warrenton Street. VIP Tickets are $200 and they include heavy hors d’oeuvres, hosted bar, express registration, and all general ticket perks. General Admission Tickets are $150 and they include: decadent desserts, dancing, program and live auction. For more information visit: www.thetheateroffensive.org

The Theater Offensive works in Roxbury, Dorchester, Jamaica Plain and the South End to create original, groundbreaking works by, for and about the LGBT community. TTO also runs True Colors: Out Youth Theater, a creative arts program for LGBTQ youth and their straight allies ages 14-29. True Colors is oldest LGBT youth theater troupe in the nation and just celebrated its 20th anniversary this year.

Since 1989, The Theater Offensive has served its mission with groundbreaking interactive workshops and shows by, for, and about the LGBT community. Our work is called OUT In Your Neighborhood (OUT’hood) because we go beyond traditional theater spaces. OUT’hood reflects the diversity of Boston, gives voice to underserved LGBT community members, creates avenues for cross-cultural dialogue, and breaks down the barriers of homophobia, racism, bigotry and hate.