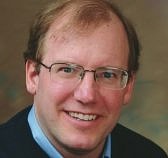 Remember that old saying about trying the same thing over and over and expecting different results being the definition of insanity? Well, if that saying is true, then I’ve got a live one for you.

Peter LaBarbera of Americans For Truth About Homosexuality, a group that (surprise!) tells lies about gay people, issued an official declaration of insanity on Nov. 8, just two days after LGBT equality won big at the polls.

As you might recall, marriage equality won across the board on November 6 in Washington, Maine, Maryland, and Minnesota. Not to mention the fact that President Barack Obama was reelected. Not only was he the first president to openly support equal rights for lesbians and gays, he’s the first president to be reelected after public stating his support for lesbians and gays.

After such a scathing rebuke at the ballot box of anti-gay measures and arguments, have people like LaBarbera learned something important? Yes. According to LaBarbera, they aren’t being anti-gay enough.

LaBarbera writes, “We need to stop conceding the moral high ground in a fearful bid to appear ‘tolerant’: one pro-family group, Protect Marriage Maine, asserted that ‘same-sex couples are entitled to respect’ – a claim at odds with historic Scriptural teaching.”

Got that? LaBarbera is saying that marriage equality won in that state because “pro-family” folks are just too damn nice to the gays. None of this namby-pamby call for “respect” bull$#!t. Bring out the pitchforks!

LaBarbera continues, “Sadly, there is a ‘passion gap’ or maybe a ‘boldness gap’ between LGBT activists and their overly defensive pro-family opponents. Many timid, guilt-ridden Christians make rotten Culture Warriors, while unapologetic ‘gays’ excel at it.”

Ah, yes. Those poor, timid Christians too afraid to stand up to Big Gay. It’s truly heartbreaking. Then again, maybe gays are “unapologetic” in the fight for equality because they don’t have anything to apologize for. And maybe some of these “timid” Christians are beginning to realize that the War on Gays is not a worthwhile crusade. Maybe, just maybe, there are some Christians out there who are saying to themselves, “You know, maybe fighting against consenting adults who love each other and want to be recognized as a family isn’t the best use of my time here on earth. Maybe I should be helping to feed the poor and other stuff Jesus was into.”

Of course, LaBarbera would probably respond to such an idea with, “Stop that crazy talk!”

He writes, “Pro-family advocates must stop looking for short cuts and return to their principled duty of educating citizens – especially brainwashed youth — on why homosexual behavior is wrong, unnatural, unhealthy and – most important – changeable.”

In other words, “We need to double down on the stuff that isn’t working.” Especially the ex-gay bullshit that no one with even a shred of professional credibility supports.

The thing is, “returning” to the “principled duty of educating citizens” that gays are a disgusting mistake that nobody likes is returning to the helm of a sinking ship. The word is out: just about everyone knows someone who is gay now. Gays and lesbians aren’t creatures lurking in shame in the shadows. LaBarbera and his ilk can’t dehumanize an entire group of people who have proven over and over again their very humanity.

“While politics does not decide moral and spiritual Truth, it is an indicator of the heart of our nation,” LaBarbera writes.

And it looks like that heart is finally in the right place.