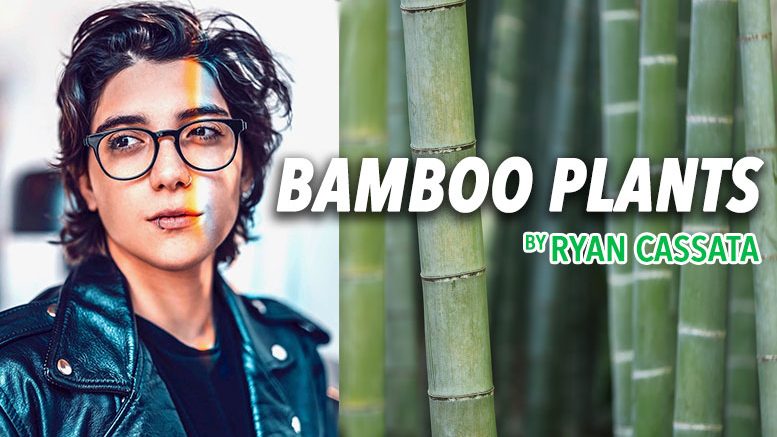 He is living large as he releases “Bamboo Plants”, exclusively via The Rainbow Times (TRT) first, a proud sponsor of Cassata’s Tour. The song, as many of his songs are, focuses on the larger LGBTQ+ community, as he zeroes on one of the most important aspects of human life: love. Even after enormous success, through his songs, Cassata continues to focus on his fans, his loyal followers and those lives he’s touched, whether by meeting them personally or not. By singing to them about a collective need or an outcry against bullying, as he did with “Hands of Hate” or when he shared his own addiction woes via “Jupiter”, the artist and actor has shown his deep desire to help others, no matter what. Enter, Bamboo Plants … a “new queer song “born out of that need to represent and amplify queer romance and love.”

The piece debuts on August 23 on all streaming platforms and here, via The Rainbow Times right now (watch below).

Cassata told The Rainbow Times in a previous article that “the video chronicles the meeting of a couple that moves in quickly together after having a love-at-first-sight experience.” The song serves as a teaser to Cassata’s upcoming LP that will release in 2020.

The singer co-wrote “Bamboo Plants” with his girlfriend, a couple of weeks into knowing her.

“My life completely transformed as I fell in love rather quickly,” he shared of the lyrics the duo wrote. “The song is about that immense love, and feeling at home and accepted by each other.”

“Bamboo Plants” was recorded with a live band and came to life naturally, according to Cassata.