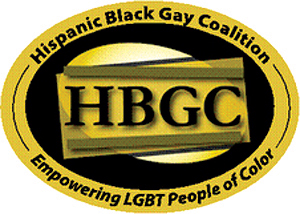 BOSTON, MA – On Thursday, June 14, 2012 from 12 – 3 PM, the Hispanic Black Gay Coalition (HBGC), local and state organizations and agencies, and elected officials, as well as advocates and supporters will convene at the Massachusetts State House Grand Staircase for an afternoon of transformative dialogue about three issues that disproportionately impact Black and Hispanic/Latino LGBTQ people — immigration, the criminal justice system, and youth homelessness.

Ending the injustices and inequities that make it difficult for LGBTQ people of color to lead safe, healthy and prosperous lives is at the core of HBGC’s programming. In the past, HBGC has hosted and participated  in a number of events that explored and addressed how these issues affect Boston’s Black and Hispanic/Latino LGBTQ communities. With the Day of Action and Awareness, HBGC will bring together a diverse group of community members to discuss current state legislation that could have dire consequences for Massachusetts residents who identify as LGBTQ, a person of color, or both.

With the recent passing of the federal Secure Communities legislation, the threat of imprisonment and deportation looms even more heavily over the lives of the nearly 1 million immigrants living in Massachusetts. State Representative Jeffrey Sanchez and special guests from the Massachusetts Immigrant & Refugee Advocacy (MIRA) Coalition will talk about SB 2061, legislation that would limit rights, resources, and services to undocumented and immigrant Massachusetts residents.

Though African Americans and Hispanics/Latinos make up just 16% of the Massachusetts population, they are more than 54% of the Massachusetts inmate population. After making great strides in reforming the state CORI system, pending legislation like the “Three Strikes” and Stand Your Ground bills threaten to continue the institutionalization of racism through the criminal justice system. State Representative Carlos Henriquez and special guests from the Boston chapter of the NAACP and Black and Pink will discuss how the passing of these bills would further impact Black and Hispanic/Latino communities by increasing the potential for racially-biased violent crime as well as recidivism, making it more difficult for ex-offenders to reintegrate into society.

LGBTQ youth of color are often cast out of the communities of color in which they are raised and ignored by the mainstream LGBTQ community, leaving them at risk of becoming homeless and often forcing them to compromise their health or safety to provide for themselves and cope with stigma and discrimination. State Representative James J. O’Day, along with special guests from Brookview House, MassEquality and Boston GLASS, will speak about the MA House Bill 3838, which, if enacted, would set aside funding in the state budget for housing and support services specifically targeted to unaccompanied homeless youth.

Day of Action and Awareness participants will have an opportunity to enter a dialogue with elected officials, advocates, and community members about these topics; express their support or opposition to pending legislation; meet with elected officials or legislative aides representing your district; sign up for phone banking, canvassing, and get out the vote campaigns supported by HBGC and community partners; register to vote; and build community and coalitions with social justice organizations across the state.

HBGC’s Day of Action and Awareness is free and open to the public. Lunch will be provided. For more information or to RSVP, email advocacy@hbgc-boston.org. To join the list of sponsors, partners and supporters, email kgraves@hbgc-boston.org.

HBGC (Hispanic Black Gay Coalition) is one of few non-profit organizations in Boston dedicated to the unique and complex needs of the Black, Hispanic and  Latino LGBTQ community. Founded in 2009 to unite and give a voice to LGBTQ individuals of color, we work to inspire and empower Latino, Hispanic and Black LGBTQ individuals to improve their livelihood through activism, education, community outreach, and counseling.For more information, visit www.hbgc-boston.org.