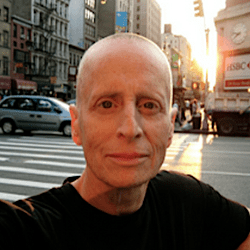 MINNEAPOLIS, MN — Leslie Feinberg was arrested last night amidst hundreds of Chrishaun “CeCe” McDonald supporters protesting outside of the Hennepin County Public Safety Facility. Feinberg is being held at the Public Safety Facility in downtown Minneapolis and is facing charges of property damage. The protest was held on the eve of McDonald’s transfer to the state prison system, where she will serve out a sentence of 41 months for defending herself against racist and transphobic attackers. Although McDonald initially faced two charges of second degree murder, earlier this month she accepted a plea agreement to a reduced charge of second degree manslaughter due to negligence. Outraged supporters took to the streets, blocking traffic for over an hour in protest of the violent abuses McDonald has faced at the hands of our legal system. Feinberg joined demonstrators in making noise loud enough to be heard within the facility McDonald is currently being held at, and marching through the streets in a show of love and solidarity with CeCe McDonald and with all incarcerated individuals. Feinberg was the only person arrested, and is excited to draw more attention to McDonald’s story and to the prevalent racism and transphobia within the criminal system.

Feinberg has given the following statement:

Many people across the United States and around the world are watching, and history will record what happens on June 4, 2012. CeCe McDonald survived a fascist hate crime; now she’s sentenced as she struggles to survive an ongoing state hate crime. As Martin Luther King Jr. reminded: “Never forget that everything Hitler did in Germany was legal.”

As a white, working-class, Jewish, transgender lesbian revolutionary I will not be silent as this injustice continues! I know from the lessons of histories what is means when the state—in a period of capitalist economic crisis—enacts apartheid passbook laws, bounds up and deports immigrant works, and gives a green light to e white supremacists, fascist attacks on Black peoples—from Sanford, Florida, to Tulsa, Oklahoma, to a courtroom in Minneapolis, Minnesota.

The prosecutor and the judge are upholding the intent of the infamous white supremacist Dred Scott ruling of 1857.

The same year Fredrick Douglass concluded: “Without struggle, there is no progress!”

Yet, the judge, the prosecutor, and the jailers are continuing the violent and bigoted hate crimes begun by the group of white supremacists who carried out a fascist attack on CeCe McDonald and her friends.

This is Pride month, and will be bringing the demand: “Free CeCe—now!” to the regional Pride march where I live. I believe many other individuals, groups, and contingents will thunder that demand in Pride marches and rallies all over the world—informing millions who take part, and millions more who support.

The prosecution hopes this struggle is over. But it is not over: Free CeCe—now! An injury to one is an injury to all! Come out against racist, anti-immigrant, anti-LGBTQ and sexist wars at home and abroad!

Feinberg’s arrest is symptomatic of growing anger and frustration at the disproportionate targeting and abuse of young transgender women of color in our society. The actions Feinberg took last night were in solidarity with McDonald and all prisoners to let them know they are not alone. Feinberg is excited to garner attention to how McDonald is treated today as McDonald is transferred to the prison intake facility in St. Cloud, MN.

McDonald’s case does not reflect an isolated aberration in the functioning of the U.S. legal system, but rather business as usual within a society that has, for hundreds of years, profited from the incarceration and exploitation of people of color and trans/gender non-conforming people. McDonald’s sentencing sends a very clear message to all those following her case across the country: transphobia and racism are alive and well, both in the violent verbal and physical attacks on trans youth of color in the night as well as in the legal system which makes surviving this violence a crime punishable by years of incarceration. Nevertheless, we look forward to joining all of McDonald’s supporters in continuing to fight against these systems of power, for CeCe and for all transgender women of color targeted by the prison-industrial complex.

With love and rage,