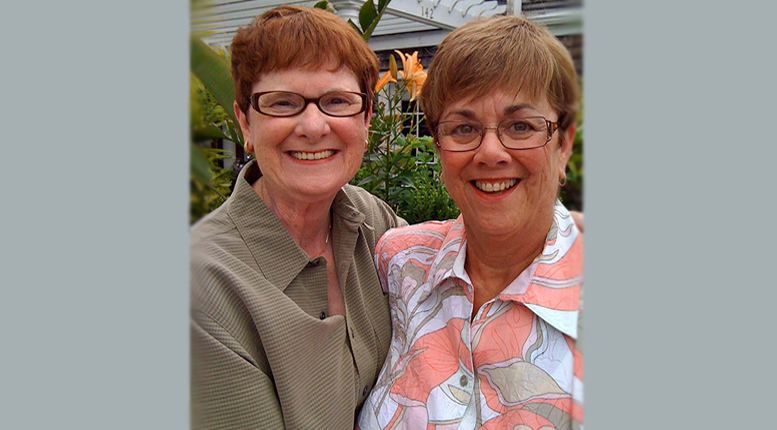 Friendship Village told Walsh and Nance that it would not accept them because it followed the “Biblical definition” of marriage and “defined marriage as between a man and a woman.” Friendship Village is not affiliated with or operated by any religion or religious order; it is open to the public and does not inquire about the religious beliefs or affiliations of residents. Walsh and Nance considered seeking housing elsewhere, but Friendship Village is the only senior housing community in St. Louis that can provide increased levels of care without an increased monthly cost to residents.

“We’ve been together for nearly 40 years and have spent our lives in St. Louis. We want to grow older here by each other’s side,” said plaintiff Mary Walsh. “We should not be prevented from accessing the housing and care we need.”

“Mary and Bev were denied housing for one reason and one reason only—because they were married to each other rather than to men. This is exactly the type of sex discrimination the Fair Housing Act prohibits,” said NCLR Senior Staff Attorney Julie Wilensky. “Their story demonstrates the kind of exclusion and discrimination still facing same-sex couples of all ages.”

Before deciding on Friendship Village, Walsh and Nance made multiple visits, had extensive conversations with staff, and paid a $2,000 deposit. They even canceled a long-planned vacation, losing their nonrefundable airfare, because Friendship Village told them they could get advantageous rates if they signed all of their paperwork quickly and moved within a short timeframe. After being actively encouraged by Friendship Village for several months to obtain housing there, Walsh and Nance were shocked to be denied housing because they are a same-sex couple.

In addition to NCLR and Relman, Dane & Colfax PLLC, plaintiffs are represented by the ACLU of Missouri and Arlene Zarembka.

“Friendship Village was repeatedly advised for several years by its former management company to abandon their discriminatory policy but refused to do so,” said Relman, Dane & Colfax Counsel Joseph Wardenski. “By bringing this lawsuit, Mary and Bev will help ensure that other same-sex couples are not subjected to illegal housing discrimination.”

“Missouri seniors should not be subjected to the pain and discrimination faced by Mary and Bev,” said ACLU of Missouri Legal Director Tony Rothert. “Mary and Bev were financially and otherwise qualified for residency in the Friendship Village community. Their exclusion from this community is the result of discrimination alone.”

Relman, Dane & Colfax PLLC is a national civil rights law firm based in Washington, DC. The firm litigates civil rights cases in the areas of housing, lending, employment, public accommodations, education, and police accountability. Our national practice includes individual and class action lawsuits on behalf of plaintiffs who have suffered discrimination and harassment on the basis of race, national origin, color, religion, sex (including sexual orientation and gender identity), disability, age, familial status, and source of income. [From a News Release]