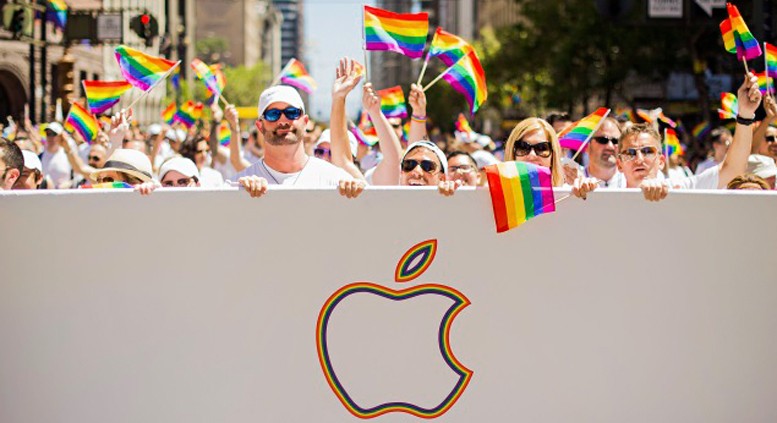 WASHINGTON—Today, the Human Rights Campaign (HRC), the nation’s largest lesbian, gay, bisexual, and transgender (LGBT) civil rights organization, and Equality NC, the state organization working to secure equal rights and justice for LGBT North Carolinians, released a letter from more than 80 leading CEOs and business leaders calling on Governor Pat McCrory and the North Carolina General Assembly to repeal the radical provisions in the deeply discriminatory House Bill 2 that was rammed through the legislature last week.

The letter—signed by dozens of CEOs from across the nation—comes only a day after Georgia Governor Nathan Deal announced he would veto anti-LGBT legislation in Georgia after facing a sustained outcry from a broad chorus of advocates and companies. On Thursday morning, HRC President Chad Griffin and Equality NC Executive Director Chris Sgro will deliver the letter personally to Governor McCrory’s office. Griffin and Sgro have also requested a meeting with the governor on Thursday in order to discuss the very real impact this new law will have on LGBT North Carolinians. A copy of the letter and its signatories can be found here and below.

“Discrimination is bad for North Carolina, bad for America, and bad for business,” said HRC President Chad Griffin. “These business leaders are speaking out because they know this attack on lesbian, gay, bisexual and especially transgender North Carolinians isn’t just morally wrong — it also puts their employees, customers and North Carolina’s economy at risk. For the sake of all North Carolinians, Governor McCrory and the General Assembly must act now to repeal this heinous attack on fairness and equality.”

“North Carolina’s place as a business leader in the South is based on fairness, inclusion, and diversity,” said Equality NC Executive Director Chris Sgro. “HB 2 does not represent North Carolina values, and it weakens our competitive edge. We are glad to see our business community in the Old North State standing up against discriminatory measures like this. Governor McCrory made a mess of our state last week, and our businesses are leading the charge to repair our state to a place of fairness.”

HB 2 has eliminated existing municipal non-discrimination protections for LGBT people and prevents such protections from being passed by cities in the future. The legislation also forces transgender students in public schools to use restrooms and other facilities inconsistent with their gender identity, putting 4.5 billion dollars in federal funding under Title IX at risk. It also compels the same type of discrimination against transgender people to take place in state buildings, including in public universities.  Lawmakers passed the legislation in a hurried, single-day session last Wednesday, and Governor McCrory quickly signed it into law in the dead of night.

North Carolina has the unfortunate distinction of becoming the first state in the country to enact a law attacking transgender students, even after similar proposals were rejected across the country this year—including a high-profile veto by the Republican Governor Dennis Daugaard of South Dakota. North Carolina school districts that comply with the law will now be in direct violation of Title IX, subjecting the school districts to massive liability and putting an estimated $4.5 billion of federal funding from the U.S. Department of Education, as well as funding received by schools from other federal agencies, at risk. This section of House Bill 2 offers costly supposed solutions to non-existent problems, and it forces schools to choose between complying with federal law—plus doing the right thing for their students—or complying with a state law that violates students’ civil rights. Read more about how this bill puts federal funding at risk here.

The state becomes the third in the nation to prohibit cities from passing non-discrimination laws that protect LGBT people.

The full letter to Governor McCrory and list of signatories is below:

We write with concerns about legislation you signed into law last week, HB 2, which has overturned protections for LGBT people and sanctioned discrimination across North Carolina. Put simply, HB 2 is not a bill that reflects the values of our companies, of our country, or even the overwhelming majority of North Carolinians.

We are disappointed in your decision to sign this discriminatory legislation into law. The business community, by and large, has consistently communicated to lawmakers at every level that such laws are bad for our employees and bad for business. This is not a direction in which states move when they are seeking to provide successful, thriving hubs for business and economic development. We believe that HB 2 will make it far more challenging for businesses across the state to recruit and retain the nation’s best and brightest workers and attract the most talented students from across the nation. It will also diminish the state’s draw as a destination for tourism, new businesses, and economic activity.

Discrimination is wrong and we believe it has no place in North Carolina or anywhere in our country. As companies that pride ourselves on being inclusive and welcoming to all, we strongly urge you and the leadership of North Carolina’s legislature to repeal this law in the upcoming legislative session.

The Human Rights Campaign is America’s largest civil rights organization working to achieve lesbian, gay, bisexual, and transgender equality. HRC envisions a world where LGBT people are embraced as full members of society at home, at work and in every community.