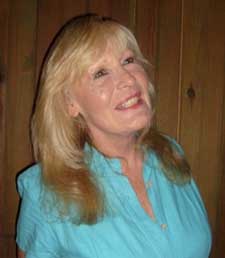 Recently I was disappointed and saddened to read an op-ed piece submitted to The Rainbow Times from Gunner Scott, the former Executive Director of the Massachusetts Transgender Political Coalition. I have no problem with Gunner’s endorsement of Martha Coakley for Governor. After all, Martha Coakley, just as all of our other Democratic candidates, is highly qualified and she has a spotless record of her support for LGBT Civil Rights in the Commonwealth. What I found extremely disturbing and insulting about Gunner’s op-ed letter was Gunner’s need to denigrate Steve Grossman’s record regarding Transgender Civil Rights. Gunner left out all the facts regarding Steve’s exemplary and flawless record of Transgender support, leading the reader to believe that Steve Grossman does not support the Transgender community. I cannot understand why anyone with Gunner’s education and intelligence would stoop to such a low level attack against one of the strongest Transgender and LGBT Allies that we have ever had in the Commonwealth of Massachusetts.

Steve Grossman is a small businessman with more than 35 years of experience running a successful fourth generation family company and union shop at Grossman Marketing Group, creating jobs and career opportunities for his employees. In 2010, he was elected Massachusetts State Treasurer and has worked with community banks to create the Small Business Banking Partnership, an innovative program to help small businesses get the money they need to grow and create jobs. This program has helped generate more than $1 billion in loans by 53 local banks with a focus on women-owned, minority-owned, immigrant-owned, and veteran-owned small businesses. As Treasurer of the Commonwealth, Steve has delivered on his promises to put the state’s checkbook online and put nearly every state contract he oversees out to bid, saving the taxpayers of the Commonwealth millions of dollars. Steve also served as chairman of the Massachusetts Democratic Party and as chairman of the Democratic National Committee (DNC) under President Bill Clinton.

Long before Steve was an elected official, he supported the fundamental values that shape MassEquality’s work for LGBT social justice, including the battle for marriage equality. Steve and his wife Barbara have stood shoulder to shoulder with the LGBT community for the past 15 years. Barbara is often introduced at LGBT events as the first straight member of the MassEquality board. Steve and Barbara provided significant initial funding through GLAD for the legal team that began the fight to overturn DOMA. Steve is also proud to have served as a member of the advisory board of the Fenway Community Health Center since the board was created. As chairman of the DNC from 1997-1999, Steve re-established the DNC’s gay and lesbian caucus and hired the DNC’s first full-time director of gay and lesbian outreach. When Steve stepped down as DNC chair in 1999, he actively and successfully lobbied President Clinton to make his life-long friend and LGBT activist Andy Tobias Treasurer of the DNC, a position he still holds. When Steve ran for governor in 2002, he strongly opposed a petition for a state constitutional ban on same-sex marriage. Barbara and Steve also contributed financial support to legislative candidates who were deemed to be at risk because of their opposition to the proposed constitutional ban on same-sex marriage.

In 2012, at the request of former MassEquality Executive Director Marc Solomon, Steve reached out to and secured the commitment of former chairs of the DNC to publicly support marriage equality in the 2012 Democratic Party platform. Grossman Marketing Group has provided domestic partner benefits for many years. Last summer, the company served as one of the amici curiae in United States v. Windsor, 570 U.S. 12 (2013), arguing that the Defense of Marriage Act (DOMA) “forces us to treat one class of our lawfully married employees differently than another, when our success depends upon the welfare and morale of all employees.” Steve joined with others in the investment community, calling on large corporate sponsors of the 2014 Winter Olympics in Russia to speak out against laws in the country that discriminate against the LGBT community. Steve said, “As chairman of the Pension Reserves Investment Management (PRIM), I believe we can’t stand idly by when foreign governments seek to deny their citizens fundamental human freedoms.”

“I believe in ‘Equal Justice Under Law’ – for all our residents, no matter what your gender is and whom you love.”

“Long before I was an elected official, I supported the fundamental values that continue to shape the fight for LGBTQ social justice, including the battle for marriage equality and transgender rights.”

“I will serve as an unwavering advocate for citizens who identify as transgender to receive the rights they deserve. These are questions of human rights, fairness, and decency. To begin, I will stand up to misleading, offensive rhetoric from the far right that seeks to replace tolerance with division. That’s why I am proud to have been the only candidate to have publicly called out Charlie Baker at the recent LGBTQ forum at the Boston Public Library for having demeaned the transgender community by calling a key civil rights law ‘the bathroom bill.’ ”

“I will work with my colleagues in the Legislature, many of whom I have relationships with that date back many years, to seek support for expanding protections in places of public accommodations, and urge the Joint Committee on the Judiciary to move ‘An Act Relative to Equal Access’ favorably out of committee and bring it to a vote.”

“The 17 other states with transgender nondiscrimination laws offer protections for public accommodations, and Massachusetts should be no different. I was deeply disappointed that the public accommodations provision, a provision that I strongly and publicly supported throughout the process, was not included in the transgender rights legislation previously passed. We must be a Commonwealth that leads, not follows.”

“Inscribed on the front of the U.S. Supreme Court in Washington are the words, ‘Equal Justice Under Law.’ We have an obligation to make those words a reality for every citizen, family, and child in this Commonwealth. That fundamental principle of equal justice and equal opportunity will guide every decision I make as governor.”

“It’s morally wrong when we don’t provide adequate protections for students who live in fear each day. But furthermore, students who don’t feel safe can’t learn to the best of their ability.”

“I’m proud that Massachusetts recently updated its bullying law. As governor, I will also ask education officials under my direction to meet with teachers, students, principals, and school district officials to discover how we can best implement the law and ensure it’s applied effectively.”

“I strongly support ‘An Act Providing Housing and Support Services to Unaccompanied Homeless Youth.’ Homelessness disproportionally impacts LGBTQ youth, who face discrimination because of their sexual orientation or gender identity. I will ask the Secretary of Health and Human Services to review the report recently issued by the Special Commission on Unaccompanied Homeless, issue a list of recommendations for the new administration, and then seek support from the Legislature to ensure this critical work of the commission continues.”

“As we address the issue of homelessness impacting LGBTQ youth, we must also ensure we develop a long-term, permanent solution and dedicate the appropriate funds to continue to provide the necessary housing facilities for those desperately in need.”

“Investing in HIV/AIDS care and domestic violence services are issues of public health and public safety – two of our most urgent priorities. As governor, I will strongly support sufficient funding for these vital services to protect the health and well being of all citizens, including for LGBTQ victims of domestic violence and those who need treatment for HIV/AIDS.”

As an elder Transgender woman, Stonewall Veteran, community and civil rights activist and leader, independent journalist, and member of The Women’s Media Center in Washington DC, I am endorsing Steve Grossman for Governor because he is a man of unquestionable integrity and honor who has all the necessary experience and qualifications, and because he is a man of his word who will lead us forward into a future that includes True and Complete Equal Human Rights for all people who live in Massachusetts.

*Erica is the creator of the Foundation for International Justice, which has as its motto, “Human Rights Advocacy Through Compassionate Action.” Currently the foundation’s main initiative is the creation of Promise Place School for homeless LGBT youth. Erica plans to continue working for equal rights through the passage of a true Equal Human Rights Act and an Equal Human Rights Amendment to the U.S. Constitution. Erica is Vice President of PFLAG of Cape Cod and a member of the PFLAG Speaker’s Bureau. She is the International Spokesperson for the LGBT Compassion Games and a Community Organizer for Compassion Games International.

[Editor’s Note: A shorter version of this Op-Ed was submitted for the print issue]