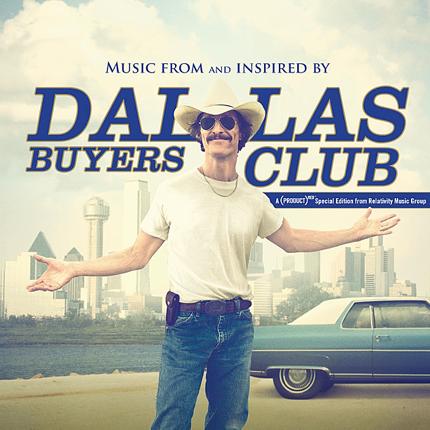 The AIDS epidemic is seeping back into popular culture.

The Dallas Buyer’s Club, a biopic starring Matthew McConaughey as Ron Woodroof is getting rave reviews and screening at multiplex theaters around the country. Ron was a Texan diagnosed with AIDS in 1985 who procured treatments not yet legally available in the U.S. for himself and others in a desperate attempt to save those who were dying of AIDS in a time when no treatments were available. Here in Boston, a revival of The Normal Heart, activist Larry Kramer’s seminal play about the chaos and homophobia of the early plague years, just ended an acclaimed run. HBO’s film adaptation, starring Mark Ruffalo and Julia Roberts, will air next year. The AIDS Generation: Stories of Survival and Resilience, Dr. Perry Halkitis’s examination of the lives of HIV-positive gay men who survived the AIDS-ravaged ‘80s, recently hit bookshelves. And earlier this year, the searing documentary How to Survive a Plague, which chronicles ACT UP’s agitation for faster access to AIDS medications in the ‘80s and ‘90s, was nominated for an Oscar.

Threads of death, despair, indignity and fear run through each of these works. But more than 30 years later, it’s heartening to know that the early years of the AIDS epidemic are not forgotten. In this era of dwindling resources for HIV treatment and prevention services, they have much to teach us about how ordinary individuals, working together, can be influential in stemming the spread of the virus and helping those already infected live healthier, fulfilling lives.

The young men and women depicted in How to Survive a Plague weren’t doctors or pharmaceutical executives or government officials. They were ordinary people incensed by the glacial pace of government action in battling the burgeoning epidemic. So they identified the bureaucrats, politicians and pharmaceutical companies who controlled the process by which medications are approved. They then confronted and pressured those individuals and institutions to move the drugs more quickly from experimental trials into the hands of patients. Lives were spared, awareness was raised and we moved forward in defeating this disease.

Fittingly, the surge of interest in this fraught period comes as we prepare to observe World AIDS Day on Dec. 1, with its theme, “Shared Responsibility: Strengthening Results for an AIDS-Free Generation.” Now, as then, everyone has a role to play in ending this epidemic.

In Massachusetts, the impact of shared responsibility in wiping out HIV is clear. Our work with partners around the state has

given the Commonwealth one of the best track records in stemming this epidemic. Since 1999, we’ve seen a 52 percent reduction in new HIV diagnoses, which has meant that more than 6,000 people who might otherwise have become HIV positive have remained negative, which will save the state more than $2.4 billion in HIV-related health care costs.

We’ve done this through the benefit of health care reform, a sophisticated network of community-based services for people with HIV that gives them the support they need to stay healthy, and scientifically sound behavioral interventions like needle exchange, over-the-counter pharmacy access of syringes and condom distribution to those at high risk for infection.

But despite the success in curbing the rate of new diagnoses in Massachusetts, nearly 700 people are diagnosed with HIV each year, requiring extensive care and support to manage their health even as state and federal funding for this care continues to be cut. Even more alarming is that at the national level, there are over 47,500 new infections every year. If we are to finish the job, political leaders must continue to work with us to secure adequate resources. That is their moral and practical responsibility. The end of this epidemic is in our reach, if we re-invest in comprehensive health and social services aimed at preventing new infections and helping those with HIV live healthy lives. Our first step is to assure that everyone in America has access to health care and live saving medications. That is how you end a plague—not just AIDS but any potential threat of a new, deadly virus.

So how can you take responsibility for helping us get to an AIDS-free generation? On World AIDS Day, get an HIV test. Encourage a friend to get tested. Talk to your kids about safe sex and drug use. Rent How to Survive a Plague and get fired up. Pick up Halkitis’s book and be inspired by the strength of the men who lived through the worst of it of the epidemic. Reach out to a friend who’s infected and tell them you care. Invite them to go see The Dallas Buyer’s Club. Learn from the past and help us move forward. Every individual can and will make a difference.